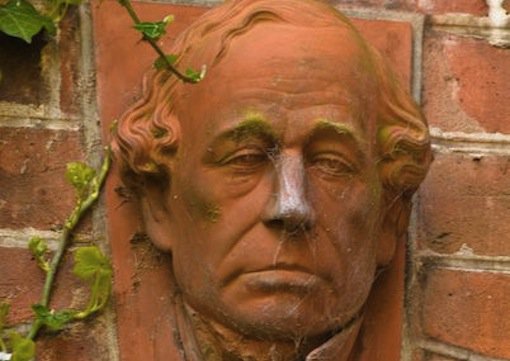 Benjamin Disraeli was one of the main architects of modern conservatism. He made it a successful political movement during the Victorian era. American conservatism is quite different from the English version. But we can learn from Disraeli’s success.

Run by aristocrats and “sound men” from Oxford and Cambridge, in the early decades of the nineteenth century Toryism was the party of hierarchy. It sought to defend landed interests, the established church, and the limited franchise that many thought necessary for the same reasons contemporary conservatives wring their hands about “the 47 percent.”

However, industrialization was transforming English society at every level. It created vast new sources of wealth that rivaled and then overwhelmed the economic power of landed gentry. Factories drew workers to cities. More of a modern democratic spirit was taking hold.

By mid-century Tories had fought losing battles against electoral reforms that altered the old bases of political power in England. Disraeli recognized that Tory politics could go one of three ways: (1) Without changes it would remain a permanent minority, the “country party” without the ability to rule. (2) It could capitulate to the spirit of the age, becoming Whig-lite, as it were, offering liberal policies implemented conservatively. (3) Exploiting the weakness of the ascendant liberalism, Toryism could forge a new political coalition of aristocratic and working class interests.

Disraeli was a rhetorician, not a theorist; he was a genius of the political imagination, not a policy wonk. He intuited that the breakdown of traditional society in the modern era did not foretell a nation of individuals coordinated by reason as they pursue their self-interest—the modern liberal dream. It would instead call out for renewed forms of solidarity.

Those renewed forms of solidarity became known as “nationalism,” the most powerful “ism” of the last one hundred and fifty years. Under Disraeli’s leadership, English conservatives outflanked liberals and appealed to the English working class. They offered a vision of a united England overseen by a paternalistic aristocracy, a modernized traditionalism that both complemented English pride and actually delivered, further expanding the franchise and passing the first modern labor and welfare legislation.

Our challenges are different in many ways, but we face similar choices as American conservatives: permanent minority, liberalism-lite, or an end run around liberalism.

Because of its base among White Protestants, the Republican Party was the natural home for twentieth-century “back to our roots” conservatism. In America that does not mean aristocracy, but instead Protestant virtues of independence, fiscal responsibility, and a sense of America as the Chosen Nation. Since the 1960s this Protestant base has also insisted on social conservatism.

The social and thus electoral basis for this kind of conservatism is in decline. Simply doubling down is likely to make conservatism the “country party” in permanent minority. Offering liberalism-lite is an obvious option, and perhaps the most likely. This is especially true on social issues such as abortion and marriage. As Disraeli recognized, however, this approach is just a disguised form of the first. By betraying its base, a political movement loses its ideological independence and gets redefined in terms of its electoral opponents.

Neither permanent minority nor liberalism-lite are necessary. Disraeli’s deepest intuitions about politics remain salient. Modern liberalism is statist in a way quite different from its nineteenth-century ancestor, but it has in common a utilitarian—today we would say “technocratic” mentality—that sees people as units of self-interest to be organized, rewarded, punished, and administered.

This mentality is especially evident when it comes to the cultural project of modern liberalism, which seeks to liberate us from traditional roles, especially in our intimate lives. Nineteenth-century liberals championed free markets as the forum in which the individual can come into his own as an economic agent—and then in the last century set about to use government to manage this atomized pursuit of self-interest.

Today’s liberalism believes that the individual should emerge from gender roles and “hetero-normativity” to take possession of his own “identity.” No doubt this atomization will call for a new statism governed by a therapeutic logic.

It need not be so. Disraeli saw that most people want to be free economic agents—and free citizens with a right to vote—but they don’t want to be just that. They want to be part of something greater. He offered them “Young England,” as it was called, a romanticized vision of what it meant to be English. The age of nationalism in the West is over (thought its going strong elsewhere in the world). But the desire to be part of something greater remains.

Yes, we want to take possession of our individual “identities,” but we don’t want to do so alone any more than English workmen wanted to be atomized economic agents. Yet alone is what we often are in this era of ready divorce, dysfunctional families, declining marriage, sterile sex, and troubled relations between men and women.

Right now liberalism seems to have the upper hand, especially in culture. Most people want what they’re offering, which is greater space to be a free actor in our personal inventions of sexual identity, marriage, and family. But by my reading of the signs of the times people want more than that. They want freedom, yes, but they also want solidarity, which in the cultural politics of our time means an enduring marriage and functional family.

Last summer I was briefly in London. I set aside some time to go the National Portrait gallery. Alone in the room devoted to Victorian eminences, I found myself staring for a long time at Disraeli’s portrait. What American conservatism needs is something like a “Young Family” movement akin to Disraeli’s “Young England.”