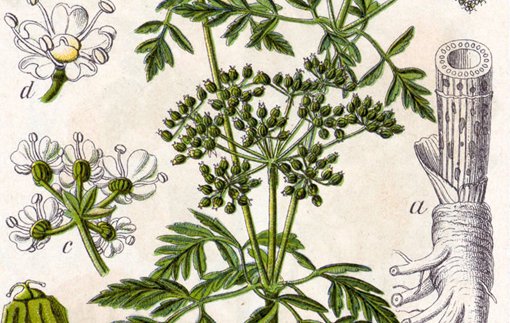 For over seven hundred years, Anglo-American law has condemned suicide. Self-murder was a felony under common law; but, since the dead person was beyond penalty, his property was forfeited as a deterrent to others. Recognizing the harm this caused the innocent family, English and American law gradually decriminalized suicide. As the Supreme Court has observed, however, this development did not mark the moral acceptance of suicide, since aiding its commission remained a common law offense. At the close of the Civil War, most states criminalized assisting a suicide. Many states subsequently reaffirmed this ban. By 1997, when the Court rejected the claim that physician assisted suicide was a constitutional right, the vast majority of states had made it criminal.

Nevertheless, assisted suicide has recently become acceptable. Spearheaded by Compassion and Choices, the successor to the Hemlock Society, it has a foothold in American law. By ballot initiative in 1994, Oregon became the first state to allow physician assisted suicide. Its “Death with Dignity Act” laid the pattern for the successful 2008 ballot initiative in Washington State. The Vermont legislature adopted its own version this past May.

The Oregon and Washington acts are similar. Access to lethal prescriptions is limited to patients with terminal conditions, 18 or older, who are state residents. The prescribing physician must have primary responsibility for the patient’s care. A second physician, that could include a member of the attending physician’s practice, must confirm the initial diagnosis, prognosis, and competence of the patient. Though either attending or consulting physician can refer patients for psychological or psychiatric evaluation if they suspect clinical depression, neither act requires that they have the training to identify its signs. Not surprisingly, referrals were almost never made in the fifteen year history of the Oregon Act (a pattern holding thus far in Washington).

Vermont, meanwhile, has adopted the broadest assisted suicide law so far. Starting July 1, 2016, the statute will effectively allow physician assisted suicide for terminal patients on demand. Under the law, the prescribing physician is not required to have the primary responsibility for the patient’s care so long as he “has completed a full assessment of the patient’s medical history and current medical condition, including a personal physical examination.”

Physicians will be protected from criminal, civil, or professional sanctions for writing a lethal prescription—even without requiring a written request, any waiting period after the terminal diagnosis is made, any witnesses attesting to the patient’s competence or voluntary conduct, or confirmation by a consulting physician. The prescribing physician must determine that the patient is capable, does not have impaired judgment, and is making an independent decision to self-administer the drug. The only safeguard is the requirement that the prescribing physician makes such determinations in good faith, virtually unverifiable since the only witness to the physician’s conduct may be dead.

These laws are open to abuse at every level. To pick just one example, Oregon and Washington both allow persons with a financial interest in the patient’s estate to be one of the two witnesses to the written request, attesting to the patient’s competence and the lack of coercion. That same person can be the only witness present when the drug is taken since neither state requires an objective observer to the act. This is a “recipe for elder abuse.”

The law in Vermont, meanwhile, threatens First Amendment rights. A health facility cannot discipline health providers in its employ or who have privileges with it for participation, unless the physician provides the prescription to a resident of the provider who intends to use it on the provider’s premises. Thus, a Catholic hospital cannot discharge an employee or withdraw privileges from a physician who prescribes a lethal dose on its premises so long as the setting is ambulatory services or the resident intends to use the prescription elsewhere. This could easily confuse the public about whether the hospital is truly Catholic, thus arguably impairing its ability to express its own associational identity. And even if the physician has moral or religious objections, he is obligated to inform his patient about the right to assistance in suicide under Vermont law and cannot withhold any requested information. This arguably trespasses on the right against compelled speech recognized under the First Amendment.

The greatest danger, however, is that posed to people with disabilities. As physical impairments that substantially limit life activities, terminal conditions are disabilities. Moreover, predictions of death within six months required for aid in dying are notoriously fallible. Thus, even if terminal and disabling conditions are different, the separating line is porous. Further, the primary reasons terminal patients give for requesting aid in dying—loss of autonomy, loss of dignity, inability to participate in activities that make life enjoyable—are the same reasons disabled people seek suicide. If people with only six months to live can end such distress, why not those who face it for a lifetime?

Justice Cardozo once observed that every principle tends “to expand itself to the limit of its logic.” The course of assisted suicide legislation has thus far validated that prediction. Through the expanding legalization of assisted suicide, America has begun to target some people for death. It is plain that the rising acceptability of assisted suicide is tied to the decline in religious belief. A nation that forgets God will forget that human life is sacred, and we are becoming that nation. In the void we are creating, we have substituted for God an image of ourselves—autonomous, self-sufficient, complete.

People with disabilities in particular put the lie to that image. We are the public evidence that all humans are finite, dependent, broken. We are the constant reminder that humans are not the final masters of their fate. As a consequence, our presence is deeply unwelcome. When possible, we are prevented from being born at all. Otherwise, though we are welcomed in public and even lip-service is paid to our equal worth, we are subtly invited to leave, even offered assistance in making our final exit.

Life is an inalienable human right, protecting an indefeasible duty we owe our Creator to preserve our lives and pursue our happiness. Thus, we cannot ask others for help in ending our lives. When government allows exceptions, when it relaxes laws against aiding the suicide of some but not other people, it is saying this class deserves less protection against homicide, deserves less safeguards of its inalienable rights, in other words, deserves less respect because in some way it is less human.

As people with disabilities, we too are signs of that love, called in a most powerful way to be ambassadors of Christ, “God, as it were, pleading through us.”

Stephen L. Mikochik is professor emeritus at Temple Law School in Philadelphia, visiting professor at Ave Maria Law School in Florida, and past chair of the National Catholic Partnership on Disability. He himself is blind. Image via Wikimedia Commons.