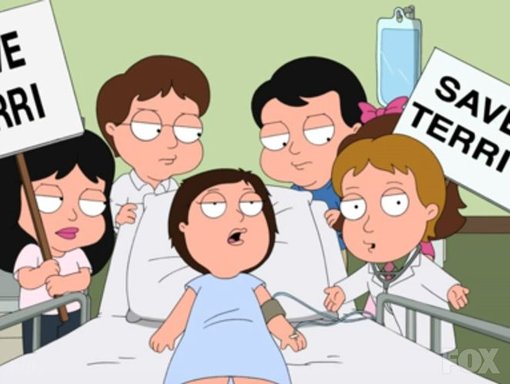 The Washington Redskins football team is under great pressure to change its name to stop offending Native Americans. The ongoing coverage of that imbroglio got me to think about another commonly used epithet that demeans the most powerless among us, and yet remains in widespread use without attracting significant criticism.

Using the word “vegetable” to describe people with a cognitive disability or impairment is profoundly dehumanizing. The victims of this characterization are as diverse as America: Members of the castigated class come from all races, ages, nationalities, genders, sexual orientations, and any other human identifier one can conjure. Indeed, any one of us could find ourselves entered among this disparaged group, and all of us have—or had—loved ones who could be so identified.

The V-word serves the same purpose as the loathsome N-word: to cast aspersion, debase, and degrade—toward the end that the victims of the epithet be seen as a lower order of being—and hence, as less worthy of respect and equality.

Here’s a vivid example. A few years ago the popular animated television program Family Guy featured its cartoon characters putting on a high school musical that openly mocked the late Terri Schiavo. The episode opens with a fictional school play, Terri Schiavo: The Musical . The lyrics sung by the characters jeer Terri’s memory, and by logical extension, those now living with serious cognitive impairments.

The character playing “Terri” lies in a bed hooked up to every conceivable medical machine (which the real Terri Schiavo did not require). “Michael Schiavo” enters, looks at his wife in the bed and says, “She’s a vegetable.”

The chorus responds enthusiastically, “We hate vegetables!” to which the audience roars with laughter. Later, Terri is depicted as having “mashed potato brains,” which are poured into a bowl, and is described as “the most expensive plant you’ll ever see.”

Can you imagine anything close to that disrespect being directed against a racial minority, the LGBT community, or AIDS patients? Of course you can’t. If any show did such a thing, it would be canceled and the producers blackballed from Hollywood amidst unending profuse apologies.

Yet mocking a helpless cognitively disabled woman not only didn’t harm Family Guy creator Seth MacFarlane’s career, but subsequent to the show’s airing, he hosted the Academy Awards.

There is more at stake here than hurt feelings. Demeaning any human being as no more important than a rutabaga opens the door to profound abuse. Indeed, every day people with profound cognitive impairments are made to die slowly by dehydration by being denied tube-supplied food and water. There is even a lawsuit in Canada that seeks to force a nursing home to deny spoon-feeding to a late stage Alzheimer’s patient—even though she is voluntarily eating.

It would have once been unthinkable to deny helpless patients basic sustenance. But as the cognitively impaired have become increasingly dehumanized—being branded “non-persons” by mainstream thinkers in bioethics, is another example—it has become easier to do to them what is a horrible crime if done to a dog or horse.

Not only that, if we come to see the cognitively devastated as merely the moral equivalent of plant matter, what’s to stop us from harvesting their organs as we reap corn or wheat? Indeed, advocacy to do just that is becoming ubiquitous in the world’s most influential medical and bioethics journals. For example, earlier this year an article published in the New England Journal of Medicine advocated “changing homicide laws” so that organs could be removed from cognitively devastated patients before they die.

It is important to note that such human organ harvests are not yet happening. But we should be very worried that it has become respectable to argue for what would be the intentional killing of catastrophically brain-injured patients for their organs—with the only caveat that proper consent be given.

Activists who struggle against racism and other forms of discriminatory thinking have long understood that the words we use matter in how we treat others. The same is true for our cognitively devastated brothers and sisters. If we are to have a truly equal and moral society, if our health care system is to have any chance of caring properly for the least of those among us, to use a Biblical turn of phrase, we need to watch our mouths as a means of cleansing our hearts.

A good place to start would be to stop using the V-word to define any human being.