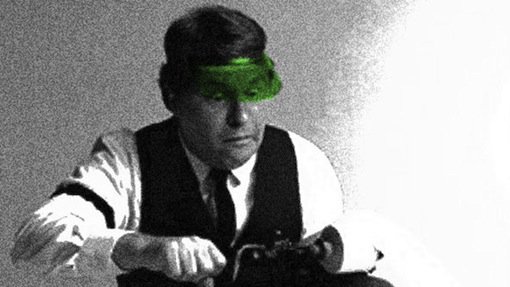 Democrats eager to get Obamacare out of the headlines will soon have their opportunity. The House–Senate conference committee about the national farm bill is underway, and the most contentious issue is whether to cut the Food Stamps program by up to $40 billion over ten years. This fight will get national media attention because it plays into the conventional wisdom that conservative Republicans don’t care about average people.

Conservatives rightly complain that this notion is an inaccurate canard, but its prevalence across many decades cannot be so lightly ignored. Conservatives themselves must be doing something that reinforces the notion that they care more about money than about life: An oft-repeated lie simply will not be believed if there is no evidence that seems to corroborate it. Introspective conservatives looking for a reason why many people believe the canard need look no further than the food stamps debate, where the conservatives’ own argument gives more fodder to the left’s cannons than fuel to the right’s forces.

Virtually any argument from movement conservative institutions about food stamps starts with one indisputable fact: The program has grown a lot in recent years, both in the money spent (nearly $80 billion in 2013) and in the number of people receiving benefits (an average of forty-seven million people a month). From this, and the fact that the rolls and cost were growing prior to the recession (although at a much slower rate), some conservatives draw the conclusion that the program must be serving people who don’t deserve or need the benefits. And from that conclusion they contend that their proposed reform—apply a work test to able-bodied adults without dependents that limits their ability to receive benefits for more than three months—will primarily root out waste and fraud rather than cut benefits to genuinely needy people.

Rocket scientists are in short supply on Capitol Hill, but it does not take one to see that the conclusion need not flow from the premise. There are a host of reasons why the rolls and cost could be growing quickly. University of Chicago economist Casey Mulligan estimates that the recession caused a third of the growth in food stamps’ cost since 2007, while two Harvard economists pegged that share at about two-thirds. More importantly, it does not follow that the size of the program alone indicates inappropriate receipt of benefits, even if program rule changes that make it easier to receive benefits have caused a large share of the growth.

Is it possible that in these hard times some people who might have been considered underserving before might be worthy of public support? Millions of low-skilled people have lost jobs and have been out of the workforce for months, if not years, since 2008. In prior recessions they might have been able to find new jobs more quickly than they can today. Liberals often raise the current economic conditions as an argument for minimal changes to the program; conservative counter-arguments rarely engage this point at any degree of depth.

The conservative argument does make some sense if you adopt some unstated premises about the desirable role of the federal role in giving food aid to its citizens. If you believe, from either libertarian or strict Constitutionalist principles, that the desirable federal role is zero, then you can find these arguments quite logical. If the federal government ought not to be providing food aid at all, then it is easy to believe that any increase in the program is de facto illegitimate since any receipt of program benefits is itself illegitimate.

Writing this premise into the background of the argument also serves to explain why and how some conservatives unwittingly contribute to the propagation of the liberal canard that conservatives don’t care. For a conservative of this bent, government provision of benefits of this type is unavoidably harmful to the recipient’s soul. It is a temptation, an apple handed to a worried Adam fearful for his future. The bite will nourish him, but it runs the risk of reducing his freedom and thereby reducing his potential to pursue happiness. To talk about program cost for these conservatives is to talk about caring about the recipient: The cost merely quantifies the number of people subject to the temptation and hence accurately describes the scope of the problem.

Conservatives’ political problem stems from the fact that the vast majority of Americans do not agree with this argument. They believe that people are capable of resisting temptation, that they can take the help they need and remain just as free and capable of forming their own lives. They are not naïve: They know some people can become addicted to government checks as much as they can become addicted to alcohol, but they do not simply see a program’s cost as an indication of a program’s propensity to corrupt.

Conservatives rightly revere Ronald Reagan, and, as usual, recurrence to his thought provides a way out of this dilemma. In his epic 1964 speech endorsing Barry Goldwater, Reagan noted that liberals often contend that conservatives are against things. He went on to state what conservatives were for in the fields of Social Security and Medicare, sanctioning limited government programs to help the truly needy while opposing larger, indiscriminate programs. Note that Reagan places conservatives in line with rather than in opposition to public sentiment. He empathizes with people who, through no fault of their own, fell on hard times or found themselves in poverty. Government action to help them is OK: They will not fall prey to the temptation because their ability to do better than what is offered is already compromised. Others who can provide for themselves might be tempted to fall in line for “the soup kitchen of the welfare state” and programs of this sort must be resisted.

Making this sort of argument first requires establishing a clear rationale for who deserves government support. In the context of the food stamps debate, it requires conservatives to say who they are for getting aid before saying who they are against receiving it.

Here the analogy to the mid-1990s welfare reform effort is apropos. Conservatives spent years decrying the large number of people on welfare (Aid to Families with Dependent Children) and the high program cost. These cries fell on deaf ears because most people believed some Americans were unfortunate or so poor that they deserved our help. When conservatives in the 1990s started to talk more about the recipient and less about program cost, public opinion came around. By redefining the issue as one of need rather than one of temptation, conservatives persuaded the public to back reforms that installed time limits, work tests, and other unprecedented restrictions that reduced program caseloads and program costs.

Adopting this tack requires conservatives to implicitly abandon libertarian principle because it sanctions continued involuntary, coerced transfer of resources from one citizen to another. It conflicts with some versions of conservative Constitutional interpretation because it authorizes political reform of a program whose Constitutional authority appears to rest on post – New Deal Constitutional principles. This will undoubtedly rest uneasily with some on the right, but doing this is indispensable to winning the political argument in today’s America and certainly comports with what most ordinary conservatives actually believe.

If conservatives want to show people they care, they must show people they care more about them than they do about doctrine. That requires talking less about government power as a proxy for justice, and talking more directly about justice and the proper way to live a free and happy life itself.

In this context, the mooted conservative reform to food stamps could pass public muster. For all the hullaballo, the proposed conservative reform does two simple things. First, it requires recipients of food stamps to show they are eligible for the food stamp program: It eliminates a recent change that allows people to qualify for food stamps if they have received another means tested benefit. Second, it requires able-bodied adults without dependents between eighteen and fifteen to either work more than twenty hours a week or enroll in a job training program to continue to receive food stamps after an initial three month period. Both proposals are intended to ensure that recipients meet eligibility requirements and are not relying on public assistance to avoid helping themselves.

The latter proposal in particular would likely be considered reasonable if better presented. Liberal scholar William Galston recently blasted the conservative critique of food stamps in the Wall Street Journal , but agreed that “critics have a point” when it comes to the significant rise after 2008 in the number of able-bodied adults without dependents receiving food stamps. He said the government should consider reinstating the prior work requirements and even toughening them—not very different from what the Eric Cantor – sponsored proposal actually does. Some conservatives might argue my focus on rhetoric is a minor point, a distinction without a difference. Quite the contrary: It is a distinction that makes all the difference for conservatives who hope to limit the growth of the state.

For decades polls have shown that the public prefers liberals to conservatives when it comes to running the core functions of modern government: education, health care, and retirement pensions. Short of a neo-libertarian revival, any change in the direction of the state will be incremental rather than revolutionary. That means conservatives will have to run the state in order to reform and limit the state. And if they are not trusted to reform major programs because people believe they will not do so with current recipients in mind, then conservatives who win elections will do so only at the cost of promising to maintain current programs intact. That is in fact what conservatives have been doing for decades, and it is the major contributing factor to the growth in government regardless of who wields power. Reversing this trend, the whipsawing between the Scylla of repealing the welfare state and the Charbydis of maintaining it, is the conservative political challenge of our time.

The food stamp debate, then, will be a good test for whether many conservatives can meet that challenge. Can they see that continuing to talk about people’s lives in the context of saving dollars contributes to what the late Jack Kemp called “the GOP green eyeshade mentality,” an attitude that convinces the majority of the public that conservatives do not care what happens to real people? Or will they finally take to heart Kemp’s admonition that “people won’t care what you show until you show that you care”?

Henry Olsen is Senior Fellow at the Ethics and Public Policy Center.