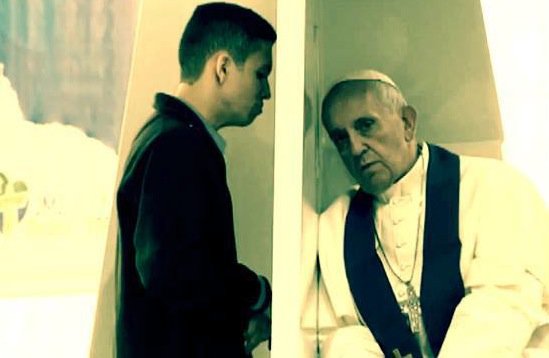 Among the highlights of his unfolding papacy is Francis’ emphasis on the sacrament of reconciliation. The confessional is not a “torture chamber,” he has said, but a welcoming place, where we ask for and receive forgiveness for our sins. Saints, spiritual directors, and psychologists have all acknowledged the value of confession; and converts to the Church have spoken about it as one of Catholicism’s enduring strengths.

Once people experience the healing power of this sacrament, they realize how important it is to their inner life. But there is another, equally important, element of Christianity that is vital for a healthy spirituality: the ability to forgive others.

While offering forgiveness might seem less intimidating than asking for it, in practice, it can be even more difficult. As Fr. Scott Hurd, author of Forgiveness: A Catholic Approach, comments:

Even the most committed Christians can be resistant to the idea of forgiveness, as I experienced once on a weekend retreat I led. Most of the participants had signed up for the retreat long before they knew who would be leading it or what the topic would be. Upon their arrival, as they would share with me later, many were disappointed to discover that the retreat would focus on forgiveness. Some didn’t want to hear about forgiveness, because they thought the topic was “heavy.” Others thought, “This won’t apply to me. I really don’t have any issues with forgiveness.”

But in truth, whether it’s a parent who has mistreated us, a spouse who left us, a teacher who humiliated us, or a politician who betrayed us—the list could be endless—“We all have someone to forgive,” writes Fr. Hurd.

Why is it so hard to forgive? For one thing, it goes against our inclinations: In her moving novel Gilead, Marilynne Robinson’s lead character writes: “I have always liked the phrase ‘nursing a grudge,’ because many people are tender of their resentments, as of the thing nearest their hearts.” C.S. Lewis put it another way: “Every one says forgiveness is a lovely idea, until they have something to forgive.”

So many people hang on to offenses, and brood upon the memory of wrongs committed against them. And often—it must be admitted—for understandable reasons. No one should ever have to suffer cruelty, be made to feel inferior, or be abandoned by those they trust. And yet, forgiveness is central to Christian teaching, and the Scriptures are filled with exhortations to drop our grievances.

The Lord’s Prayer instructs us to say, “Forgive us our trespasses, as we forgive those who trespass against us.” When St. Peter asked, “Lord, how often am I to forgive my brother if he goes on wronging me? As many as seven times?” Jesus replied, “I do not say seven times; I say seventy times seven.”

The parables of the unmerciful servant and prodigal son are powerful lessons in forgiveness, and in First Corinthians, Ephesians, and Colossians, we are taught to keep no record of wrongs, rid ourselves of anger, and end our quarrels.

What makes these biblical passages challenging is that they are so unequivocal: There are no qualifiers, no escape hatches, and no exceptions. We are commanded to love one another and to forgive every wrong done to us, period.

The ideal outcome, once that counsel is followed, is for there to be a total reconciliation between the people involved, face to face. But sometimes that isn’t possible, either because the offender never seeks forgiveness or is unstable. In such a case, Christians have a right to protect themselves, and avoid the wrongdoer altogether, even as they pray for them, and forgive from afar.

Forgiving our trespassers doesn’t mean minimizing sin, nor is it a sign of weakness. Rather, as Benedict XVI taught, it is a way of conveying, to an unforgiving world, Christianity’s countercultural witness and its overflowing love. It’s also a way of understanding what living a Christian life truly means.

The Gospel calls us to a new way of thinking, a new scale of values, to renovate our lives. It is natural to resist at first, or even struggle with it during the course of our lives. But we should take heart from all the great Christians who’ve gone before us, and overcome the most intense trials.

Shortly before his martyrdom, St. Ignatius of Antioch acknowledged, “Now am I beginning to be a disciple.” St. John of the Cross famously said that a great part of his mission was to convert Christians to Christianity. Fr. Jean Bernard, a survivor of the Dachau concentration camp, learned that nothing good could come of hate, and forgave his persecutors unreservedly. In our own time, we have the astonishing witness of Blessed John Paul II, soon to be a saint, who actually sought out and pardoned his would-be assassin in prison.

And it is significant, considering where that dramatic meeting took place, what Blessed John Paul had to say about forgiveness: “Forgiveness is the restoration of freedom to oneself. It is the key held in our own hand to our prison cell.”

If we want to break free, from all our lingering resentments and wounds, we need to have the courage to forgive, and not just once but continually. If we do so, the Lord will provide the graces necessary to become the full-dimensional Christians he wants us to be—enabling us to forgive, and be forgiven—and share our liberating testimonies with the world.

William Doino Jr. is a contributor to Inside the Vatican magazine, among many other publications, and writes often about religion, history and politics. He contributed an extensive bibliography of works on Pius XII to The Pius War: Responses to the Critics of Pius XII. His previous articles can be found here.