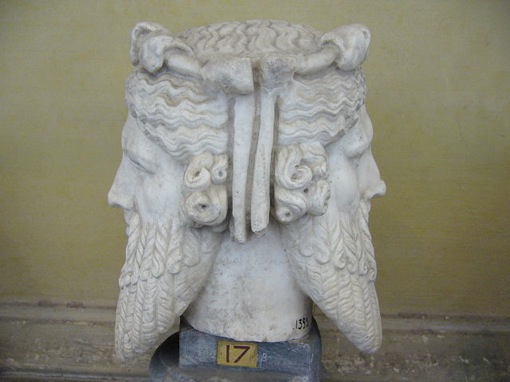 Predictions are dicey business. Absent the gift of prophecy we can’t know the future. But we can speculate. Here’s what I see in the coming year.

Pope Francis. He’s very likely to remain in the news. There’s no question that the depth and integrity of his faith arrests many. Even unbelievers find themselves romanced by his passionate, life-committing belief. I’m certainly inspired.

Moreover, Pope Francis has adopted a style of leadership that works against the general tendencies of our times. When President Obama comes to New York City, he moves through the streets accompanied by a small army. That’s an extreme instance, and perhaps justified. However, to a very large degree the Important People today are insulated from everybody else. They have their own airplanes, their own neighborhoods, their own resorts, their own way of life. Pope Francis is offering a counter-witness. It really is possible to lead from within. That’s powerful—and needed.

But it’s the moral issues that will keep him prominent in the secular media. From abortion to euthanasia, contraception to marriage, in vitro fertilization to embryo experimentation, and more, Catholicism has remained the most powerful institutional voice of dissent in the West. Today the universities and corporations say “yes.” Even the military says “yes.” But the Church still says “no.”

Therefore, the Pope’s remarks about hot-button moral issues will continue to make news. That’s because progressives smell surrender, something they would very much like to secure. The surprising recalcitrance of traditional religious believers troubles them. Articulate, effective, and well-organized dissent makes it hard for them to dominate our society. The slightest indication of capitulation from Rome therefore becomes all-important.

The role of First Things? To a great extent the focus last fall was damage control. Some will say this misses the forest for the trees. The Pope’s overwhelming emphasis falls on evangelization. Absolutely correct! However, we’re a magazine of religion and public life, not mission and evangelization. When it comes to public life, I hope the Holy Father won’t shoot from the hip as often in 2014.

Concerns about inequality are certain to become even more prominent in American politics, and perhaps elsewhere as well. Global capitalism is reshaping our society—and many others. The once almighty middle class sends a few upward into the meritocracy, while most sink down toward the dysfunctions of the underclass, as David and Amber Lapp’s “Alone in America” narrates in painful detail.

Here First Things has an important contribution to make. Taken broadly, equality is incoherent as a measure of social justice. Equal with respect to what? Religious people have a more mature vocabulary. Social justice involves respect for the dignity of the person, subsidiarity, and solidarity.

We can use these concepts to transform current anxieties about inequality into more focused and fruitful reflection. Globalized economies dominated by mega-bureaucratic states inadequately protect human dignity. They discourage self-governance (subsidiarity) and fail to sustain a robust sense of solidarity. These lines of analysis should be the focus of our efforts, not defending capitalism or free markets.

Not defending capitalism. To some that sounds vaguely heretical. True, in much of the world, freer markets would improve the lives of most, decrease dependence, and encourage self-governance. But let’s focus on the moral goals, not the economic means, which no doubt will vary in different circumstances. And in any event, given the fact that recently elected Senator and liberal darling Cory Booker attracted venture capital for a start-up (Waywire) while Newark, New Jersey’s mayor, we can be assured that there’s nobody in America actually opposed to capitalism, at least nobody with power.

We will need to continue our fight against reductive materialism. For a long time I was baffled by the degree to which our elite culture has warmed to the cold message of materialism. Then I recognized that they were hearing the message of no soul and no freedom as good news, for it means no consequences and no responsibility. It reinforces the progressive secular dream: money, power, and pleasure with no strings attached.

Most important of all, in 2014 we’ll need to redouble our efforts to defend the weak. The deconstruction of marriage, abortion on demand, legalization of marijuana, acceptance of pornography, expansion of gambling, provisions for doctor-assisted suicide—progressives either endorse or refuse to speak up against these and other policies and trends. Today’s progressives seem to have as their primary concern expanding freedoms that only the strong are capable of prudently enjoying.

A woman’s “right to choose” is an obvious example, coming as it does at the expense of the weakest of the weak, the unborn. But it’s also true for the wider range of moral and cultural issues. As progressives deconstruct the authority of traditional morality, they grant themselves moral indulgences. In many ways life-style liberation is to cultural politics what materialism is to metaphysics—the promise of wealth, power, and pleasure without fear of judgment. To achieve this goal the powerful now work very hard to deprive the weak and vulnerable of straightforward, reliable norms for navigating through life.

I regard the war on the weak as the great social injustice of our time. The battle cry is this war was notoriously formulated by Justice Kennedy in the Casey decision upholding the abortion license in America: “At the heart of liberty is the right to define one’s own concept of existence, of meaning, of the universe, and of the mystery of human life.” This is the perfect charter for endless dominance by the strong: It eliminates all moral and metaphysical principles that limit their freedom.

Yes, it’s a war, a war on the weak. And if first things mean anything, we have to mount a counter-offensive. That’s not a prediction. That’s a promise.

R.R. Reno is editor of First Things. He is the general editor of the Brazos Theological Commentary on the Bible and author of the volume on Genesis. His previous articles can be found here. Image from Wikimedia Commons.