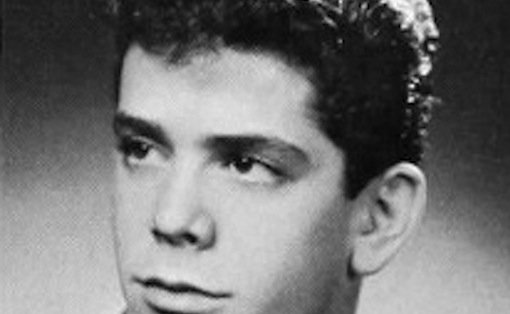 “In many and various ways,” the Letter to the Hebrews tells us, does God reveal himself. I was reminded of this again recently while reading the Gospels. It’s thrilling to think about what it would have been like to hear his words freshly delivered while sitting amongst thousands in the rocky countryside of Judea or pressed against a perspiring mob in a synagogue. There would have been moments of awe and wonder at Jesus’ description of the coming Kingdom, joy and comfort in his renderings of the Beatitudes or the Good Shepherd and his flock. But at other times, there were reactions much more visceral in nature—those of shock and bewilderment.

It’s these moments that I find particularly fascinating to imagine witnessing—Jesus at his most provocative. In Matthew 10, his predictions for the future must have sounded then, and continue to be ominously abrasive: “I have not come to bring peace, but a sword. For I have come to set a man against his father, and a daughter against her mother.” Later in Matthew, Peter was undoubtedly stunned by Jesus’ scathing retort in response to a seemingly caring concern for his life: “Get behind me, Satan! You are a hindrance to me; for you are not on the side of God, but of men.” The ultimate jolt that Christ delivered to those in his hearing must have been from John 6:53: “Unless you eat the flesh of the Son of Man and drink His blood, you have no life in you.” At the time, this must have felt like nothing short of a gut punch. Indeed, we are told it was such a shock that “many of his disciples drew back and no longer went about with him.”

And yet, it is often the most abrasive and confounding ideas that most beguile, and ultimately, fascinate and challenge us. This realization struck home with me a number of weeks ago when I learned of the passing of Lou Reed, that enigmatic auteur of rock music who defied the conventions of the genre at every opportunity. As a founding member of the Velvet Underground in the late 60s and as a solo artist in the 70s and beyond, Reed wrote unflinching songs about the seedy underbelly of urban street life that he himself took part in—including sex, drugs, and drag queens. His dark lyrics eschewed any notion of utopian “free love” that held sway over the hippie youth culture of the time, but they were also uncommonly expressive and often complex (see “Heroin” or “Sweet Jane”).

In the end, Reed’s drive to be an original, authentic voice is what set him apart. Throughout his forty-plus year career, he was fearless in turning any subject matter into poetic rock music, whether it be the tragedy of children left behind from their parent’s drug use (“The Kids”), electroshock therapy he underwent as a teenager (“Kill Your Sons”), or the death of close friends from cancer (1992’s Magic and Loss album). His relentless drive to remain independent and non-conforming also led to caustic artistic decisions, including 1975’s Metal Machine Music, an album that consisted entirely of atonal electric guitar feedback, or 2011’s Lulu, which featured the metal band Metallica’s thrash as backing for his lyrical reflections on two German plays. Indeed, Reed only had one Top 20 hit in his entire career. Nonetheless, his talent, tenacity and willingness to take risks have left a formidable legacy in rock music—he is widely credited as the founding father of the alternative, punk, and New Wave movements.

Lou Reed’s fearlessness, his constant striving for authenticity, and his refusal to conform to popular trends are exactly what practicing Catholic artists need to do in order to fully engage the popular music culture. In Dana Gioia’s bracing essay “The Catholic Writer Today” (from First Things’ December issue), the author makes the sorely needed case that practicing Catholic artists must re-enter the fine arts world that they have virtually abandoned, particularly that of literature.

Gioia’s arguments for the importance of great Catholic literature can be applied to that of great Catholic popular music. Specifically his reflection on “distinctly accented” voices: “People on the margins see some things more clearly than do those privileged to live at the center. When the elite and the powerful silence the voices of outsiders, culture hardens into convention.” Artists like Lou Reed, Bob Dylan and Van Morrison were all considered outsiders at different points in their careers, but their original voices would not be denied. They opened the rock music medium to new vistas never previously imagined.

Can a faithful Catholic musician really hope to achieve anything like this in a seemingly hostile medium so awash in hedonistic values? For me, the answer can be crystalized in one band: U2. The four lads from Ireland formed in the late 70’s while at the same time attending Bible studies. They steadily refined their sound from an initial post-punk influence to one anchored in melodic echo and delay electric guitar, which is now recognized as a unique brand of rock that has exerted a wide influence over current acts like Coldplay, Arcade Fire, and many others.

Throughout their career, lead singer Bono’s lyrics have been awash in spiritual, religious, and even explicitly Christian imagery at times (see “Gloria,” “I Still Haven’t Found What I’m Looking For,” “Yahweh”), yet they have never attempted to hide or apologize for their faith. Through sheer dedication to their craft and a gritty determination to stay true to who they are, U2 have reached a level of astounding success—over 150 million albums sold worldwide and the highest grossing concert tour in history, among dozens of other accolades.

Ultimately, the practicing Catholic musician trying to make an impact in popular music must have the same goal as any artist worth their salt—in Dana Gioia’s words, “to create powerful, expressive, memorable works of art.” The influence of popular music in our society runs deep—it pervades television, the Internet, the movies, any public place with a sound system, and the vast majority of ears on any bus, subway car, or plane. It’s not going anywhere, and thank God for that—life would be rather dull without it. But just as with literature, popular music is in dire need of authentic Catholic engagement and renewal. It will require artists who aren’t afraid to cast out into the deep. It might even take a little of Christ’s gumption in John 6:53—never did such a gut punch end up hurting so good.

Dan Hart is a freelance writer based in the Washington, D.C. area. His previous columns can be found at his website Relevant Rock.