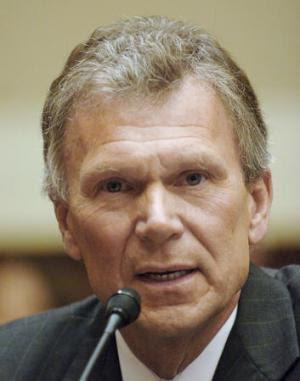 Uh, oh: Here it comes. Incoming Secretary of Health and Human Services Secretary Tom Daschle wants to create a US Agency to control costs based on the UK’s Orwellian-named National Institute for Health and Clinical Excellence (NICE), which substantially controls the ethics and medical availability of care under the NHS. From a column in the Wall Street Journal:

Here in the U.S., President-elect Barack Obama and House Democrats embrace the creation of a similar “comparative effectiveness” entity [as NICE] that will do research on drugs and medical devices. They claim that they don’t want this to morph into a British-style agency that restricts access to medical products based on narrow cost criteria, but provisions tucked into the fiscal stimulus bill betray their real intentions.

The centerpiece of their plan is $1.1 billion of the $825 billion stimulus package for studies to compare different drugs and devices to “save money and lives.” Report language accompanying the House stimulus bill says that “more expensive” medical products “will no longer be prescribed.” The House bill also suggests that the new research should be used to create “guidelines” to direct doctors’ treatment of difficult, high-cost medical problems.

The bill gives incoming Health Secretary Tom Daschle wide discretion to set priorities, and he’s long advocated a U.S. approach modeled on the British agency, the National Institute for Health and Clinical Excellence (NICE). Mr. Daschle argues that the only way to reduce spending is by allocating medical products based on “cost effectiveness.” He’s also called for a “federal health board” modeled on the Federal Reserve to rate medical products and create central controls on access.

This sounds like even if we maintain a technically private health care system, it will have to operate under federal care rules. Bring on the futile care theory!

When I was in the UK in the wake of Terri Schiavo, advocating for Leslie Burke’s right to have a feeding tube when the time came that he could no longer swallow—Burke has a degenerative neurological disease akin to a slow motion Lou Gehrig’s and he sued to make sure he wouldn’t be dehydrated—I saw the legal briefs NICE filed against Burke’s position. It wanted total control by the doctors over whether he lived or died when he became totally disabled based on quality of life/resource standards. Horrible, just horrible.

In 2005, I wrote about the case for the Weekly Standard in “The English Patient,” which included a quick description from official testimony about how the NICE works. From my piece:

“[Under NICE standards, an] assessment is made of the cost of the treatment per additional year of life which it brings, and per quality adjusted life year (QALY) . . . which takes into consideration the quality of life of the patient during any additional time for which their life will be prolonged. The clinical and cost effectiveness of the treatment under review is then used as the basis for a recommendation as to whether or not . . . the treatment should be provided in the NHS...” In other words, medical care is effectively rationed by the National Health Service under guidelines set by bioethicists based on their beliefs about the low quality of life of patients whom they have never met. While the views of patients and families are to be taken into account when deciding whether to provide treatment, they are not determinative.

I don’t think the American people will yet accept such a program here—if they know about it. But it seems that this financial fiasco through which we are careening is being used as a pretext to carve out obscure legal nooks and crannies with the potential to hide much perfidy.
0
Print
Email
Prev Article
Next Article