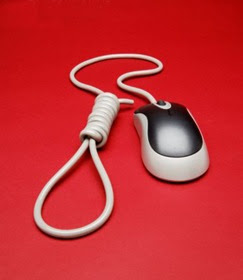 I have warned repeatedly here at SHS and elsewhere of the growing acceptance within the mental health professions—and within the media—of suicide as a legitimate exercise in personal autonomy for those patients whose suffering is deemed non transitory or irremediable. suffering patients. Known as “rational suicide,” the idea is that a psychiatrist, psychologist, social worker, or other mental health worker’s job when presented with a suicidal patient to non judgmentally determine whether the desire to die is “rational.” If so, their job is not to prevent suicide but ensure that the patient has made an rational and reasoned decision, perhaps even assist. I bring this up again in the context of the suicide pact that took the life of Jennifer Malone with the help of Philip Nitschke’s how-to-commit-suicide book, about which I posted earlier today. Catch the attitudes of some psychologists quoted in a similar story from Canada’s conservative newspaper the National Post, entitled—and catch this—“The Promise and Peril of Potential and Peril of Online Suicide Sites.” After discussing the content of some suicide sites, the report quotes mental health professionals: From the story:

While mental health experts say these sites are highly worrisome, others say they are simply offering information that is in high demand — and also protected by the right to freedom of expression. The grandfather of this so-called movement is Derek Humphry, who claims that his Web site and book, Final Exit, have directly led to “thousands and thousands” of people around the world committing suicide. Published in 1991, Final Exit was a North American bestseller and has since been translated into 12 languages. It provides detailed methods, down to exact dosages of medicine that will induce sleep permanently. Mr. Humphry maintains that his work is for the terminally ill, mostly elderly patients living in immense pain, but admits that young, mentally disturbed people can use the methods he so clearly lays out. “It doesn’t please me and it doesn’t suit me. But that is the reality of life in this world,” he said. “Some people cannot cope with life and commit suicide. I didn’t invent suicide.”

Even opponents refuse to do anything meaningful about it:

“I think it’s terrible,” said Dr. Marshall Korenblum, chief psychiatrist at the Hincks-Dellcrest Centre for Children in Toronto. “I understand freedom of speech so I’m not saying we need to censor the Internet ... but the effect on vulnerable, mentally ill young people is significant and profound.” Dr. Korenblum, who is an associate professor at the University of Toronto and specializes on suicide and depression in young people, said that instead of censoring Web sites, government and schools should promote Internet literacy by teaching young people with depression.”If [young people] think that somebody else is going to do it or that somebody else is going to support them in doing it, it’s more likely going to encourage them to go over that edge more than an adult,” Dr. Korenblum said.

That is naive, at best. Only unequivocal opposition to suicide, and repeated and unequivocal condemnation of those who promote it, has any hope of stemming this flowing tide.
0
Print
Email
Prev Article
Next Article