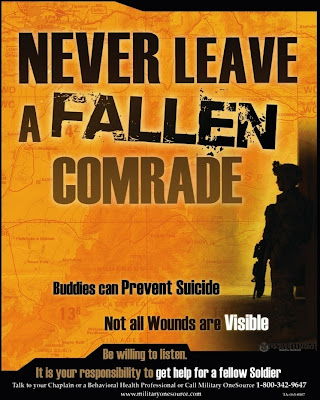 In Lodi, California, June Hartley helped her brother kill himself with helium and a bag.  She was charged with the felony of assisting suicide but is apparently going to get another in a series of slaps on the wrists of suicide assisters in such cases. From the story:

A Lodi woman who helped her ailing brother commit suicide pleaded guilty Thursday to a lesser charge that allows the judge wide latitude to determine the severity of her crime and punishment. June Hartley, 42, had been charged with assisting a suicide and causing injury leading to death for helping her brother, 45-year-old James Hartley, to acquire and inhale a lethal dose of helium in December. James Hartley, a musician, had endured a series of strokes that left him immobile and in constant pain.

June Hartley pleaded not guilty to those charges but never denied helping her brother to commit suicide. On Thursday in the courtroom of San Joaquin County Superior Court Judge Franklin Stephenson, she pleaded guilty to a lesser charge of being an accessory to a crime, which could be ruled either a misdemeanor or a felony. The second charge will be dropped. Hartley’s plea is conditional; it would be withdrawn if the presiding judge rules it a felony or sentences Hartley to incarceration, said her attorney, Randy Thomas.

The case shows how prosecutors value the lives of people with disabilities who are despairing less than they do the lives of other suicidal people:

The prosecutor, Deputy District Attorney Sherri Adams, said the plea agreement was just. Adams said the District Attorney’s Office must scrutinize cases of assisted suicide, which are illegal in California, to prevent malicious killings that are masked as merciful. Hartley’s actions, Adams said, were a genuine act of mercy. “This case did not involve any ill will,” Adams said. “The defendant violated the law out of love and support for her own brother.”

Can you imagine the same result if the suicidal person had wanted to die because his wife had left him, or his child was killed in an auto accident, or he had bi-polar disease?  This is why the disability rights community is up in arms about assisted suicide: It illustrates the prevalent attitude—even among law enforcement—that death is better than disability and those who help are just doing the dead person a favor.

I have no doubt Hartley was in despair at her brother’s despair.   But that’s not the point. Consider: In Switzerland assisted suicide is legal so long as the assisters have a”proper motive.”  We now see where that leads; a rash of suicide tourism, suicide promoted as a proper response to serious disability, and a Swiss Supreme Court Decision making assisted suicide a constitutional right for the mentally ill. You know the old saying about with what the road to hell is paved.

And that finally brings us to the point of this post, an issue often neglected in the debate over assisted suicide: The Swiss debacle illustrates what eventually happens when assisted suicide is legalized in the context of a culture that has adopted as its overriding purpose of avoiding all suffering—ending suffering can all too easily translate into ending the sufferer. Thus, even a very weakly enforced criminal sanction serves a benficial prophylactic function and sends a life-affirming message that helping people kill themselves is wrong, while the threat of prosecution keeps such cases to the relatively few and far between.  Legalize assisted suicide and in the end, killing as an acceptable answer to the problems of human suffering is validated, which can only result in more deaths.