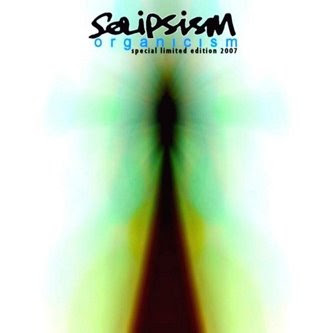 I have long said that if you want to see why society is in such trouble, just check out the professional journals. This is particularly true of bioethics, in which many practitioners are growing increasingly radical, solipsistic, and eugenic in their outlook and advocacy.

A new article in the Journal of Medical Ethics (published by the British Medical Journal Publishing Group) is a case in point, telling us to use assisted reproduction technices (such as IVF or eventually, cloning) for our needs—to heck with the welfare of the future child!  From the abstract:

Assisted reproductive technologies (ART) seems to be heading in a responsible direction where the care and concern for future children is vital. However, the claim of this article is that the principle of the welfare of the child confuses the ethical framing of ART. Several philosophers in the past have argued that potential people must be regarded as outside the moral domain, and therefore cannot be harmed or benefited.

This is ridiculous. We could certainly talk all we want about a child who does not exist, using him or her for body parts for example, and no harm has actually been done to anybody. But once that child actually comes into being, by definition he or she is no longer an abstract theoretical construct, but a real human organism. Once we have become actual parents, the point should cease to be primarily about us, and should be focused on the welfare and well being of our son or daughter.

It gets worse.  Bioedge has a few other choice quotes from the piece that illustrates how IVF is transforming child bearing into a solipsistic exercise about meeting our perceived needs, fulfilling our desires, using the child as a tool or a toy to make us happy:

The really important people in such situations are the progenitors. “Assisted reproduction is primarily about us, actual people in an actual society, and how potential children may affect us,” he contends. So the proposed criteria is “whether a certain project is meaningful and doable or whether it is futile.”

According to this view genetic engineering is terrific. After all, if I want a kid who can play baseball well, why should I be stuck with a son who is bookish and unathletic? Also, savior siblings—those whose tissues may be of medical benefit to an existing ill child—are fine and dandy. If the child is wanted and the material is something that doesn’t harm the baby, such as umbilical cord blood, some might think there is no problem.  But what if the child isn’t wanted once the tissues are obtained?  Or what if the parts are obtained via abortion and harvesting?  According to this view, children can be made explicitly for instrumental uses, and hence, no problem.

And here’s the kicker in which even reproductive cloning that could result in terrible birth defects is deemed A-OK:

The main thing is to however is to jettison the illogic notion of the welfare of the child and to “focus on what really matters—our intentions to become functional parents and the meaning of the parenthood project.”

This is parenthood as hedonism. Hence, such advocacy is properly viewed as part of the ongoing coup de culture against which I have been warning. Everything is about me! So much for unconditional love.
0
Print
Email
More on: Human Exceptionalism, Coup de Culture, Eugenics
Prev Article
Next Article