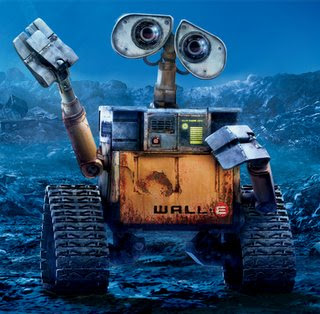 I have warned before that the anti-humanism of Deep Ecology is seeping into the messages of A-List Hollywood films. In previous posts and articles, I pointed to two recent major movies, the remake of The Day the Earth Stood Still —in which an alien comes to earth to kill all humans, literally to “save the planet”—and The Happening, written and directed by The Sixth Sense’s M. Night Shyamalan—in which plants rebel against human “oppression” by releasing a pheromone that causes people to commit mass suicide.

I was speaking to a friend about this earlier today, and he mentioned another recent radical environmentalist/anti-human film; the animated movie Wall-E.  He’s right. Here’s a synopsis:

Throughout the 21st century, Earth was governed by the Buy n Large megacorporation(BnL), causing mass consumerism and covering the planet in trash by 2105. In an attempt to resolve the situation, Earth’s population was evacuated on fully automated luxury BnL spaceliners to spend five years on a cruise in space while an army of trash compactor robots named WALL-E were left behind to clean the planet. This plan failed, however, when in 2110 the planet was deemed too toxic to ever support life again, forcing humanity to remain in space indefinitely.

Wall-E has become sentient and falls in love with a female robot. Eventually, through a series of advantures, they are able to induce human beings—who have become totally obese and so lazy in their space ship they don’t even walk—to return to the devastated earth and plant a tree.  The planet is saved, humankind has learned its lesson: From then on, we will live simple and green.

One criticism to my criticisms of The Day the Earth Stood Still and The Happening is that they were not box office hits, and therefore, there is nothing about which to be concerned.  Day made over $100 million, but the success of these films isn’t what matters; the point is that some of the most powerful players in Biggest Time Hollywood are pushing the anti-human theme.  And in any event, the “nobody cared” rationalization can’t be said about Wall-E, which was from Disney, was a huge hit, won an Oscar as the year’s best animated film, and most subversively, was very well done and entertaining—its cute and innocent protagonist easily able to pierce the hearts of children and mold their beliefs.

I am not saying the filmmakers are part of a conspiracy. But whether they knew it or not, they furthered the ongoing coup de culture (utilitarianism, hedonism, radical environmentalism), which promotes the anti human view as it elevates environmentalism as the new faith.  But destroying our adherence to and belief in human exceptionalism won’t “save the planet.” However, it could denigrate our self perception to the point that we willingly undermine our own thriving as we surrender our freedom.
0
Print
Email
More on: Human Exceptionalism, Radical Environmentalism, Coup de Culture, Anti-Humanism, Popular Culture, Movies
Prev Article
Next Article