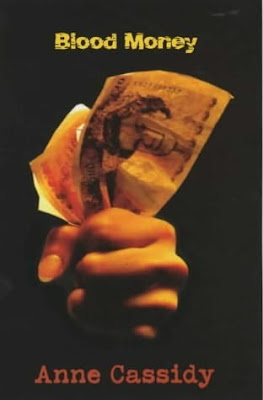 Given its source, a publication of Claremont McKenna College, not exactly a hotbed of radicalism, this article urging health care cost containment as a reason to legalize  euthanasia captures a  justification for assisted suicide that is ever lurking in the background of the debate. From “The Economic Argument for Euthanasia,” by Charlie Sprague:

America has serious health care problems, and as Paul Krugman makes clear in a recent column, serious cost control in the health care industry needs to be a top priority in reform. President Obama and Congressional Democrats seem poised to push for major health care reform in the upcoming months. One idea that politicians on neither the left nor the right will touch due to political sensibilities, however, could be the easiest way to save billions of dollars without affecting health care quality at all: legalizing euthanasia.

As every good CMCer with an understanding of economics should know, those with terminal illnesses are resource sinks for society. End of life care is incredibly expensive due to the frequency of hospitalizations, the increased need for specialists’ attention, etc. Those with terminal illnesses have even more expensive health care needs. Obviously, those in the final stages of a terminal illness are no longer in any position to contribute economically to society. Their continued existence may be personally meaningful to the those who love them, but from a economic perspective they are all cost and no benefit.

If this is a parody, it just proves the Smith Maxim on Satire and the Culture of Death: They always catch up to you. Look how Oregon Medicaid has already denied chemotherapy to cancer patients but offered to pay for their assisted suicides.  Moreover, some real euthanasia supporters have already made the argument. Thus, Derek Humphry and Mary Clement adopted the save-money-by-killing-the-sick argument, on page 333 of their book,  Freedom to Die:

A rational argument can be made for allowing PAS [physician-assisted suicide] in order to offset the amount society and family spend on the ill, as long as it is the voluntary wish of the mentally competent terminally and incurably [note: not the same thing as terminal] ill adult. There will likely come a time when PAS becomes a commonplace occurrence for individuals who want to die and feel it is the right thing to do by their loved ones. There is no contradicting the fact that since the largest medical expenses are incurred in the final days and weeks of life, the hastened demise of people with only a short time left would free resources for others. Hundreds of billions of dollars could benefit those patients who not only can be cured but also want to live.

And don’t forget the radical environmentalists are looking toward instituting increased abortion and euthanasia as a way of reducing human population and “saving the planet.”  Alas: This article may be a parody, but it is already behind the times.
0
Print
Email
Prev Article
Next Article