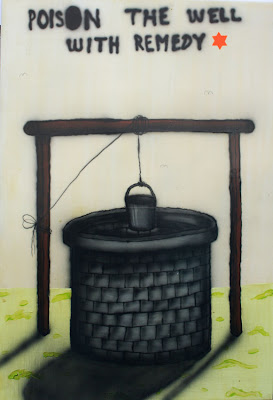 A new article at the Hastings Center website illustrates in a nutshell why I think bioethics is proving harmful to society. First, the author Hilde Lindemann, describes a conversation she overheard among bioethicists reacting (appropriately) against a parental request that their profoundly developmentally disabled daughter be hyper-ovulated so they could pay a “contract birth-giver” (!!!) to  bear their grandchild.  Lindemann notes how the language used in bioethics often leeches the humanity out of family situations.  From the article:

This conversation strikes me as a pretty representative of the ways that bioethicists tend to order the moral universe. You start with the patient’s best interests as determined by a burden-benefit analysis, shift smoothly to a discussion of informed consent and surrogate decision-making, and parse the problem as a conflict of interests, possibly one to be resolved by court order. It’s all business as usual, the standard grist for the bioethical mill. There are patients and there are caregivers, and caregivers are all answerable to the same ethical code of conduct, regardless of who they are.

It depresses me, really. I sometimes wonder if all my colleagues are like the slave child Topsy in Uncle Tom’s Cabin, who never had a mother and never was born, but suspects she “just growed.” It’s hard to see otherwise why they evince so little understanding of the ethics that govern relationships of familial intimacy.

Alright, I thought: A bioethicist who understands how sterile, cold. and flat-out inappropriately judgmental bioethical analysis can sometimes be—even if in this case, the bioethicists got the answer right.

But then Lindemann goes completely off the rails.  First, she claims that the daughter’s need for care was an “instrumental use” by her of the parents!

I’d be reluctant to move straight to the thought that the parents would be treating their daughter as mere means to their ends unless I were also willing to use that kind of language for what the daughter is doing to the parents. She has, after all, no choice but to make instrumental use of them, yet that way of talking here is distinctly odd.

Then, she opines that the parents desires for themselves should be considered in the situation as well as the best interests of the daughter:

If the parents are decent people who have provided good-enough care for their daughter all these years, it’s hard to see the relatively small sacrifice they wish her to make for their sakes as exploitation or abuse. It’s precisely because familial relations of dependency and care require people’s lives to be closely intertwined for long periods of time that everyone involved in them must sometimes give way to the interests of the others. In this respect, the ethics of families is distinctly not patient centered. Everyone counts, even when extreme vulnerability requires some to count more than others....

We need to stop assuming that patient-centered health care ethics is adequate to deal with any kind of morally puzzling situation that bioethicists are likely to face, and start paying closer attention to how families actually work.

This is pure utilitarianism that could profoundly endanger the weak and vulnerable people. Bioethicist John “Duty to Die” Hardwig urged in “What About the Family?”, for example, that doctors withhold information about treatment options for seriously ill or disabled patients in order to relieve their families of the burden of care free of guilt—since the patient and family would not be given treatment options by the physician. “Ethics of families” also leads to the evil of infanticide.  Indeed, that is precisely the reason Peter Singer argues that a newborn child who doesn’t suit the best  interests of the family should be allowed to be killed.

Utilitarianism has poisoned the bioethics well. That’s a shame, because if we ever needed a bioethics value system based in the sanctity/equality of human life, it is now.
0
Print
Email
Prev Article
Next Article