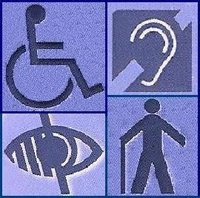 You would think that an ultra liberal newspaper like the New York Times—which claims to believe in human equality—would look askance at an advocate who argues that parents should be allowed to murder their babies if the child does not suit the interests of the family. Illustrating how off the rails contemporary liberalism has become, the Times loves Peter Singer.

But to the point: In this installment of his ongoing campaign to dismantle human exceptionalism and instill utilitarianism as the foundational value of society, Singer pushes health care rationing.  In the process, he shows how the “quality of life ethic” that he endorses would discriminate against the ill, the elderly, and people with disabilities.  From “Why We Must Ration Health Care:”

This method of preserving our belief that everyone has an equal right to life is, however, a double-edged sword. If life with quadriplegia is as good as life without it, there is no health benefit to be gained by curing it. [Me: Sophistry alert!] That implication, no doubt, would have been vigorously rejected by someone like Christopher Reeve, who, after being paralyzed in an accident, campaigned for more research into ways of overcoming spinal-cord injuries. Disability advocates, it seems, are forced to choose between insisting that extending their lives is just as important as extending the lives of people without disabilities, and seeking public support for research into a cure for their condition.

But the two concepts aren’t at all inconsistent and hence, no such choice is necessary.  Singer is merely conflating whether one would prefer to not be disabled with the intrinsic equal value of the lives of people with disabilities, as if both positions cannot be held at the same time.  Using Reeve, there is no question he wanted to walk again.  But that doesn’t mean that his life had less value because he couldn’t.

And here’s a scary thought: Rationing would put bioethicists of the ilk of Peter Singer in charge of who received or did not receive wanted care. If that doesn’t turn you off the rationing agenda, what will?
0
Print
Email
Prev Article
Next Article