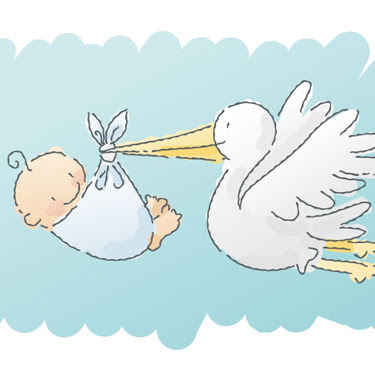 A famous line out of Gone with the Wind is, “I don’t know nothin’ about birthin’ babies!”  And that was when babies were just brought by the stork, which is to say, when they only resulted from a couple’s love or the expression of a more primal human urge.

But then technology entered the picture, bringing a lot of joy, but also resulting in our thorough moral confusion.  Now, bioethicists and ACLU types assert that we all have a fundamental right to procreate, and not just through sexual intercourse, but by any means necessary, at any time in life we choose, using whatever aids we want—other people’s eggs, other people’s sperm, other people’s wombs.

That, in turn, led to an expectation of quality control and the resurrection of eugenics. If  prospective parents would rather not have children of a certain kind,—whether a health issue, even in adulthood, or the wrong kind of hair color or sex—we’ll test the embryos ahead of time and discard those that don’t pass muster as medical waste. Ditto making a baby to provide stem cells to “rescue” an existing sibling, with the embryos lacking the proper medicinal qualities washed down the drain.

Meanwhile, wealthy couples are paying women in India to gestate their children so as to not be inconvenienced by the, well, inconveniences of pregnancy. We elevate choice as the be all and end all, and then yell at a woman who gives birth to eight—did you know she now has a reality show?— as if her sense of entitlement wasn’t related to the cultural milieu. A 66-year old woman uses IVF in Britain to have children despite the risks that they will be orphaned, and sure enough, she dies before they are even of school age. But she was fulfilled for the few years she was with them.

We now have hundreds of thousands of unimplanted embryos in the deep freeze, that for some scientists, are like gold in them thar hills. Billions are being spent on research attempting to transform their nascent bodies into miracle medical cures, claiming all the leftovers as a pretext for the research, while at the same time the IVF industry and the usual political suspects throw fits at the prospect of creating even minimal regulations that might stop all of the “spares” from being created. To save a few of these nascent lives, pro life women are adopting embryos and bringing them to birth to be raised as their own children—and that is what is controversial.

Now that we are looking to the unborn as a natural resource to be mined and brought to market, we are hearing the early calls for fetus farming and harvesting of fetal organs and body parts. Transhumanists and their ilk want to genetically enhance embryos to create a race of ubermenschen “post humans.” But that will require cloning, and lots of it, so that we can learn how to do it, which will entail the creation and destruction of who knows how many human embryos before scientists figure it all out.  Once cloning becomes reliable and “safe,” the call for reproductive cloning would be clarion. Some bioethicists already assert that cloning should be permitted once it is safe so that lesbian couples can have biologically related children without any male involvement, which  is their fundamental right of procreation.  Grieving parents will want to bring their dead children back by making a duplicate, even though they will intellectually know their child is still dead.  The Raelians have already gotten into that game.  But it will make them feel better, so who’s to judge?  No, reproductive cloning is definitely not off the table.

What got me off on this rant was a story in the Times of London that epitomizes to the chaos of modern procreation. From the story:

The removal of anonymity for donors in 2005 and strict rules against payments have provoked a crisis in fertility treatment, forcing many couples to wait years for the therapy they need to start a family. A recent study showed that access to eggs and sperm was the main reason why hundreds of British couples became “fertility tourists” each month

So, the UK revoked privacy policies, resulting in fewer donations, but rather than revoke those laws, its anything goes embryo authority instead wants to fix it all  by paying people for their gametes. See what I mean? Inside-out and upside-down.

But you know, there are a lot of unwanted children out there desperate for a home. As we bend over backwards and forwards and sideways to make sure couples can have children—what about them?
0
Print
Email
Prev Article
Next Article