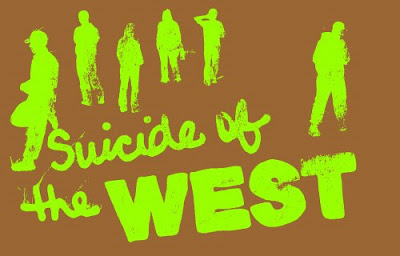 I have previously discussed the case of a Canadian woman who wishes to accompany her terminally ill husband to Switzerland for a joint assisted suicide—this even though she is not ill. A Canadian assisted suicide activist approved of the plan as a prophylactic against future suffering.

Well, now a famous conductor who was not terminally ill, and his wife who, from what we can tell in the story was not ill, have committed a joint assisted suicide—and the children of the dead children seem to approve. From the story:

One of Britain’s most respected conductors, Sir Edward Downes, and his wife, Joan, a choreographer and TV producer, have died at an assisted suicide clinic in Switzerland, their family said today. Downes, 85, was almost blind when he and his 74-year-old wife, who had become his full-time carer, travelled to Switzerland to end their lives, a family statement released to the BBC said.

Born in Birmingham, Downes had a long and distinguished career, including conducting the first performance at the Sydney Opera House. He worked with the BBC Philharmonic and the Royal Opera House in London. The statement from the couple’s son and daughter, Caractacus and Boudicca, said they “died peacefully, and under circumstances of their own choosing”. The statement continued: “After 54 happy years together, they decided to end their own lives rather than continue to struggle with serious health problems.”

Who will protect despairing and fearful people, who may fear being burdens or may be depressed, from self destruction if their own families won’t stand in the way of their suicides? I find such attitudes utterly incomprehensible.

But this goes beyond terminal non judgmentalism. We are becoming a suicide friendly culture. I just don’t see any other way to look at it.

Update: Later stories state that the wife had been diagnosed with terminal cancer and the husband didn’t want to live without her.  Slightly different facts than I reported from the initial stories, but no different analysis.
0
Print
Email
Prev Article
Next Article