Rusty, this has been a fun discussion of localism, particularly as I’m writing from a little town in South Dakota, back home for the summer in the one locale I really know. 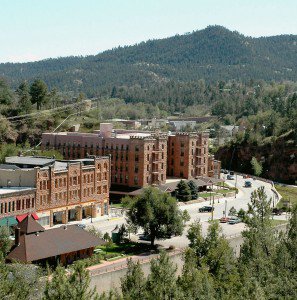 A thing I discovered, thinking our way through this, is the extent to which the descriptive is often taken as the proscriptive: An attempt to describe the current situation, on the ground, is somehow assumed by some of our friends to be a declaration that that is the way the situation should be.

Anyway, I wrote that “successful declarations of localism, by their success, are opened to the modern devices that must inevitably undo localisms,” and what I meant was a description of the problem of irony, not praise of it.

It strikes me that we can see that irony played out even in, say, Sarah Orne Jewett’s 1896 Country of the Pointed Firs . Do you know the novella, Rusty? It’s perhaps the classic of American Local Colorism.

Mark Twain and Bret Harte are sometimes listed in this group, and there’s no doubt that they could do local color, though they were, really, national authors who dabbled in the localism they knew was popular at the time.

And that points to one of the most curious facts about this whole American literary school: It served the counter-intuitive function of drawing the United States together after the Civil War by informing the whole country of its component parts. Out in Salt Lake City, as Utah became a state in 1896, they were reading about the Down Easterners of Maine in The Country of the Pointed Firs and feeling surprisingly American about it all.

But the beginning of an answer is the development of place, of locale, as the primary system of rhetorical figures for American character and behavior. From Mark Twain to Stephen Vincent Benét, from Bret Harte to the Greenwich Village Bohemians—whether they were romantics or realists, they were often engaged in the same project: the substitution of geography for heroes in our moral vocabulary.

In other words, we don’t have many heroic types in American literature. What we have instead is heroic geography. The Virginian, the Down Easterner, the Texas Ranger, the cowboy, the Hooiser, the hillbilly, the Okie. These are tropes that serve the moral function filled in other cultures and other literatures primarily by heroes. And these geographical tropes survive well into our own era of indistinguishable shopping malls from Maine to California.

Interesting to think that Stephen Vincent Benét didn’t die until 1943. Once upon a time, his poem “American Names” was widely memorized by schoolchildren, but his love of American place-names is apparent not just in lines like “Bury my heart at Wounded Knee” (which survives now, I think, only in Dee Brown’s ironic inversion ). Over and over again in “John Brown’s Body,” Benét carries the poetry with the rhythmic and onomatopoeic place-names; cities, counties, rivers, mountains: their names are almost palpable in his mouth.

Benét’s Pulitzer Prize shows his success—but it is success at taking local color and aiming it a non-local purpose: the use of locale to forge a nation that transcends its locales.

Enough. I promised my daughter we’d saddle the horses and go riding up in the forest today. You know that Black Hills forest, Rusty: the colorful locale, most famous now for Mt. Rushmore and the nationalism asserted by the carving of presidents’ faces on one of its mountains.