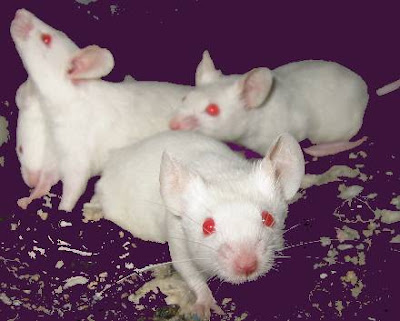 Most animal rights activists insist that humans receive no benefit from animal research. I make a big point of rebutting this in my upcoming book, which I think convincingly demonstrates that biological science would be materially impeded if animals could no longer be used.  One such area is basic research in which scientists learn about biological processes or are able to test hypotheses regarding potential areas of future research. Sometimes, this work can be done with computer models, cell lines, or other non animal studies. But sometimes you need an intact, operating biological organism, which either means animals or humans.

Here’s a good example: Scientists have learned a way to interfere with the workings of the gene that causes muscular dystrophy in mouse studies. From the story:

U.S. researchers have found a way to block the genetic flaw that causes a common form of muscular dystrophy, the team reported on Thursday. Mice injected with a compound that neutralizes faulty gene activity regained the use of muscles frozen by myotonic dystrophy, the researchers said. “We haven’t corrected the underlying gene abnormality,” said Dr. Charles Thornton of the University of Rochester in New York, whose study appears in the journal Science. “What we’ve done is made it behave in a more mannerly fashion,” Thornton said in a telephone interview.

Will this turn into a treatment for the human disease?  There is no way to tell at this point. But the success of these experiments—which involved the taking of the lives of many mice—pointed scientists into a potentially fecund area of research into this and other genetic-caused diseases.

It is too bad that a defense of animal research needs to be mounted—but it does.  This is how science moves forward. Animal rights activists would stifle such activities and choke off many efficacious approaches to alleviating human suffering.
0
Print
Email
Prev Article
Next Article