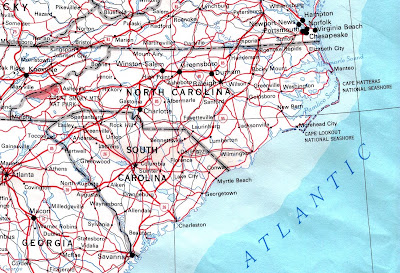 There is much advocacy around the issue of cost containment as we enter the great debate over health care “reform.”  Here is the gig that seems to be developing:


An article called “Reform Health Care Now: End of Life Costs are Too High”, by Russell Kirk, MD, seems to follow that road map. From the article:

This same scenario is played out again and again: A situation is more or less hopeless but gets dragged out for weeks, months and sometimes years. It seems as though the patient’s quality of life takes a backseat to treating the problem at hand. More to the point, most family members don’t consider the staggering costs of end-of-life care since Medicare covers many people who end up in this situation. In a report issued in April, Dartmouth researchers found that total Medicare spending in the last two years of life ranges from an average of $53,432 for patients treated at the Mayo Clinic in Minnesota to $93,842 for those at the U.C.L.A. Medical Center in Los Angeles.

What’s the alternative? No clear answer has emerged, but almost everyone agrees that we have to figure out how to manage end-of-life care in a more cost-effective way as the baby boomers age. And we need to distinguish between care that prolongs life and care that actually heals the sick. For example, one option for cancer patients when it’s clear the disease is terminal is to utilize hospice care.

I am all for hospice care and refusing unwanted ICU—if that is what the patient wants. As long time readers know, I have been a hospice volunteer.  My dad died of colon cancer receiving hospice as have other relatives and very close friends.  But here’s the thing: Once we say that a life is not worth preserving based on costs, we have instituted explicit rationing and created a duty to die.

The doctor then talks about a “well thought out plan” for end of life care and the signing of advance directives.  Again, I’m all for it, but recall that there are many forces wanting to give faceless bioethics committees the right to veto your desires—even if set in writing.  I suspect the good doctor would, too.

One final point: This article was linked and promoted at the assisted suicide advocacy group Compassion and Choices, and that set off alarm bells. Assisted suicide is the elephant in the living room of health care reform that Kirk ignored. But the fact that C and C lauded the article means that the money issue is coming to the fore in assisted suicide advocacy, just as I always predicted it would.  I mean think of all the money to be saved if instead of hospice or an extended time of debilitation we could give the patient a lethal jab or a poison brew! Indeed, it’s already happening: Recall, in Oregon, Medicaid has refused life-extending treatment to cancer patients but explicitly offered to pay for assisted suicide.    Not that assisted suicide will become the cornerstone of health care reform. But make no mistake: It is the monster lurking in the shadows that we ignore at all our peril.

So, here’s the gig as I see it developing: In the new health care order, “choice” will be sacrosanct if the choice is death—either naturally or by lethal means. But if the choice is is to go on living—at a certain point “choice” will cease to be operative because you will have become unwanted ballast. Eventually, that could even mean non voluntary euthanasia as now occurs with regularity in the Netherlands.
0
Print
Email
Prev Article
Next Article