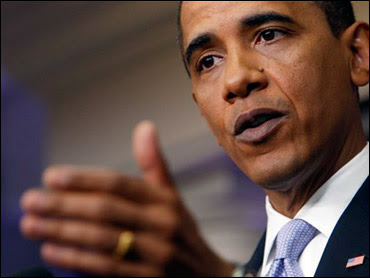 President Obama’s attack on the alleged venality of physicians last night was both unwarranted and boneheaded at the same time. Here is what he said:

Right now, doctors a lot of times are forced to make decisions based on the fee payment schedule that’s out there. ... The doctor may look at the reimbursement system and say to himself, ‘You know what? I make a lot more money if I take this kid’s tonsils out,’” Obama told a prime-time news conference.

The president added: “Now, that may be the right thing to do, but I’d rather have that doctor making those decisions just based on whether you really need your kid’s tonsils out or whether it might make more sense just to change — maybe they have allergies. Maybe they have something else that would make a difference.

First, that’s an outrageous slander against all but the worst doctors. Second, if a physician recommends surgery instead of medical treatment, a different doctor generally does the procedure. Third, even assuming that unnecessary tonsillectomies or other surgeries are frequently performed—because the clear import of the statement is that this is a common occurrence—how would his reforms change anything?  In fact, given that part of this is going to be paid by reducing physician payments, the impetus for unnecessary surgeries would increase. Finally, the clear implication is that the government will somehow be able to micromanage the diagnosing and treating activities of physicians.

Then there was his ridiculous blue pill/blue pill comment:

If there’s a blue pill and a red pill, and the blue pill is half the price of the red pill and works just as well, why not pay half price for the thing that’s going to make you well?

That’s already done, although probably not in our fearless leaders’ Rolls Royce health care coverages. For the rest of us, if a generic medication, which is cheaper, does the same job as a brand name, insurance companies will not pay, or will pay far less, for the brand name drug.  Perhaps the POTUS should learn more about the system he seeks dismantle and rebuild before he breaks it irreparably.

This president is out to lunch on health care.  The current boondoggle proposals pushed by the Democrats should be rejected outright and a common sense reform that expands basic coverage to the uninsured, excludes illegal aliens, doesn’t break our already bankrupt bank, and doesn’t grant utilitarian bioethics boards broad power to interfere with the physician/patient relationship crafted in its place.
0
Print
Email
Prev Article
Next Article