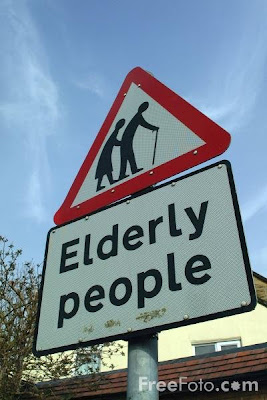 Ezekiel Emanuel, one of President Obama’s premier health care advisers—and the brother of his chief of staff—insists that rationing based on age isn’t invidious discrimination. Oh no? Check out this story from Sweden that illustrates how wrong he is. From the story:

An 83-year-old woman from Östergötland in southern Sweden was forced to pay for back surgery out of her own pocket after doctors at her local public hospital told her she was too old for the treatment. “Without the operation, I might have lived another five years in incredible pain. But what kind of life is that?” Marianne Skogh told the Östgöta Correspondenten newspaper.

Skogh has suffered from pain and numbness in her legs since 2004. After waiting for more than a year to see a specialist in the public health system [my emphasis], Skogh was finally told that the pain was likely to do problems in her back. Doctors told her she suffered from spinal stenosis, a disease that involves a narrowing of one or more areas in the back. The narrowing puts pressure on the spinal cord or on the nerves that branch out from the compressed areas, often causing cramping, pain or numbness. But despite the lengthy wait for the diagnosis, Skogh was then told that, even though the ailment was treatable [my emphasis, again], she was too old for the surgery.

It wasn’t that she was too frail to handle the surgery—obviously—it was because they thought she was too old to be worth the expended resources. In other words, she was denied optimal care by her own doctor who placed his or her loyalty to “society” over the medical needs of his own patients.

If this is how you think we should treat our senior citizens who have given their country so much over so many years—not to mention people with serious disabilities, expensive chronic and terminal illnesses, etc.—you will support Obamacare. If not, you won’t.
0
Print
Email
Prev Article
Next Article