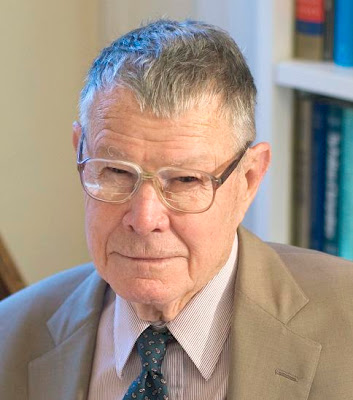 Global warming may or may not exist—I suspect not, at least not of the earth-flooding-bake-caused-by-us kind—but the gas emissions from its advocates among the hyper-elites show that the real game afoot is massive income redistribution in the name of science.

Latest example Nobel Prize-winning economist Thomas Schelling in an Atlantic interview. For example, he urges our leaders to lie to us—my blunt word for intentionally exhaggerating—about what is happening climate-wise, toward the goal of getting us to allow our pockets to be picked. (NOTE: I have truncated his statements given to several questions for space reasons, without, I believe, distorting his views.) From the interview:

It’s a tough sell. And probably you have to find ways to exaggerate the threat...It’s very hard to get honest people [and get them to support policies that would “overwhelminglybenefit the developing world”]...to commit ourselves to massive redistribution long after you and I are dead.

But income redistribution would be a nightmare for us, for the poor, since they would be inhibited from developing their own resources in the name of preventing warming—heck, for everyone except the world government’s bureaucrats in charge of the taking and giving (with a cut for their own agencies off the top).

At the end, sounding like a deep ecologist wanting a massive pandemic, Schelling yearns for catastrophe so we will all buy into his brand of global warming hysterical alarmism:

But I tend to be rather pessimistic. I sometimes wish that we could have, over the next five or ten years, a lot of horrid things happening — you know, like tornadoes in the Midwest and so forth — that would get people very concerned about climate change. But I don’t think that’s going to happen. 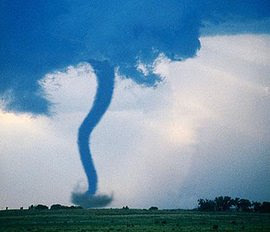 Tornadoes in the Midwest! May it never be! Let’s shut down the economy now to stop it from happening.

The more I read from these climate change alarmists like Al—we only have ten years left—Gore, Prince—long live the queen!—Charles, and Thomas—lie to the people—Schelling, the more I worry that science is being hijacked to promote ideological agendas. Or perhaps Gore, Charles, and Schelling are just bishops  in a new earth religion that seeks to sacrifice human prosperity on the altar of “saving the earth.”
0
Print
Email
Prev Article
Next Article