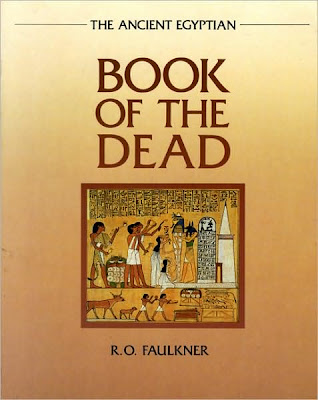 Popular support for Obamacare is collapsing, due in part to fears that the House Bill’s end-of-life counseling provision for Medicare patients could become a means of pushing seniors into voluntary rationing, that is, into refusing life-sustaining treatment toward the end of saving costs.  Despite the president’s early statements that would seem to support that very fear, the administration’s defenders have branded such criticisms “lying about the bill,” or alarmism.

But now, a column in the Wall Street Journal charges that the Obama Administration has ordered veterans to be given counseling about end of life care that pushes the “refuse treatment” option. From “The Death Book for Veterans,” written by Jim Towey:

Last year, bureaucrats at the VA’s National Center for Ethics in Health Care advocated a 52-page end-of-life planning document, “Your Life, Your Choices.” It was first published in 1997 and later promoted as the VA’s preferred living will throughout its vast network of hospitals and nursing homes. After the Bush White House took a look at how this document was treating complex health and moral issues, the VA suspended its use. Unfortunately, under President Obama, the VA has now resuscitated “Your Life, Your Choices.”

Who is the primary author of this workbook? Dr. Robert Pearlman, chief of ethics evaluation for the center, a man who in 1996 advocated for physician-assisted suicide in Vacco v. Quill before the U.S. Supreme Court and is known for his support of health-care rationing.

“Your Life, Your Choices” presents end-of-life choices in a way aimed at steering users toward predetermined conclusions, much like a political “push poll.” For example, a worksheet on page 21 lists various scenarios and asks users to then decide whether their own life would be “not worth living.”

The circumstances listed include ones common among the elderly and disabled: living in a nursing home, being in a wheelchair and not being able to “shake the blues.” There is a section which provocatively asks, “Have you ever heard anyone say, ‘If I’m a vegetable, pull the plug’?” There also are guilt-inducing scenarios such as “I can no longer contribute to my family’s well being,” “I am a severe financial burden on my family” and that the vet’s situation “causes severe emotional burden for my family.” When the government can steer vulnerable individuals to conclude for themselves that life is not worth living, who needs a death panel?

I haven’t seen this particular document, but I have seen others like it.  Indeed, here at SHS I highlighted a mainstream bioethics group’s proposed advance directive that has the no life-extending treatment as the default setting. And we musn’t forget that the assisted suicide advocacy group Compassion and Choices—formerly the Hemlock Society—brags about contributing to the end of life counseling section of the bill. Finally, despite repeated calls to make that part explicitly purely voluntary and non directed in the legislation, that hasn’t been done.

If Obama is wondering why so many people don’t trust Obamacare generally or his intentions in this regard specifically, he should take a look at the group photo of his own administration.
0
Print
Email
Prev Article
Next Article