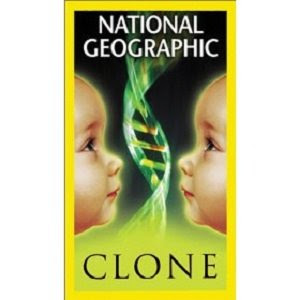 The biotech agenda has never been about stem cell research. That is only a stage. The ultimate agenda is Brave New World, e.g. genetic engineering, reproductive cloning, post humanism, and anything goes.  This has been hidden for political reasons, but with the hated Bush’s stem cell funding restrictions now defunct, we are beginning to see some truth in advertising.

Greg Easterbrook of the New Republic fame spills some beans over at Wired.  From his column “Embrace Human Cloning:”

Others argue that cloning is “unnatural.” But nature wants us to pass on our genes; if cloning assists in that effort, nature would not be offended. Moreover, cloning itself isn’t new; there have been many species that reproduced clonally and a few that still do. And there’s nothing intrinsically unnatural about human inventions that improve reproductive odds—does anyone think nature is offended by hospital delivery made safe by banks of machines?

This does not necessarily make human cloning desirable; there are complicated issues to consider. Initial mammalian cloning experiments, with sheep and other species, have produced many sickly offspring that die quickly. Could it ever be ethical to conduct research that produces sick babies in the hope of figuring out how to make healthy clones? And clones might be treated as inferiors, rendering them unhappy.

Still, human cloning should not be out of the question. In vitro fertilization was once seen as depraved God-playing and is now embraced, even by many of the devoutly religious. Cloning could be a blessing for the infertile, who otherwise could not experience biological parenthood. And, of course, it would be a blessing for the clone itself. Suppose a clone is later asked, “Are you glad you exist even though you are physically quite similar to someone else, or do you wish you had never existed?” We all know what the answer would be.

The column is mainly a bunch of assertions without real moral engagement.  Note, for example, that Easterbrook is unable or unwilling to say categorically that it would wrong to experiment on sick babies to perfect human cloning.  And that isn’t all it would take to make human reproductive cloning “safe.”  There would have to be many thousands of cloned embryos manufactured (raising the egg biological colonialism issue), eventually gestated into fetuses, and terminated to see how the genes are expressing and as part of the attempt to discover reliable quality control techniques.  Even successful reproductive cloning would also be  human experimentation of the rankest kind since any cloned child successfully brought to birth would be subjected to continued scientific prodding and poking to see how his/her biological systems functioned.

But none of that matters to the brave new world types.  They aree giddy at the chance to “play God.”   In the end, human cloning is about denying human exceptionalism and promoting human hubris—issues that Easterbrook avoids. But isn’t it amazing that so much effort and money will go into helping the “infertile” give birth?  That isn’t the agenda, it is one of the excuses: And I think Easterbrook knows it.
0
Print
Email
Prev Article
Next Article