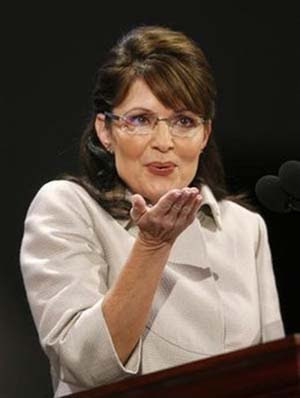 There seems little question that Sarah Palin has defined the terms of the Obamacare debate. I still disapprove of her “death panel” and “evil” comments.  And her first try at justifying the provocative term was factually erroneous. But now, she has it nailed.  Obamacare would be the “bureaucratization of health care.”  Yes, that’s it. And she has finally focused on the real source from which the rationing danger would flow.  From her column in the Wall Street Journal:

Let’s talk about specifics. In his [NY] Times op-ed, the president argues that the Democrats’ proposals “will finally bring skyrocketing health-care costs under control” by “cutting . . . waste and inefficiency in federal health programs like Medicare and Medicaid and in unwarranted subsidies to insurance companies . . . .”...

Now look at one way Mr. Obama wants to eliminate inefficiency and waste: He’s asked Congress to create an Independent Medicare Advisory Council—an unelected, largely unaccountable group of experts charged with containing Medicare costs. In an interview with the New York Times in April, the president suggested that such a group, working outside of “normal political channels,” should guide decisions regarding that “huge driver of cost . . . the chronically ill and those toward the end of their lives . . . .”

Given such statements, is it any wonder that many of the sick and elderly are concerned that the Democrats’ proposals will ultimately lead to rationing of their health care by—dare I say it—death panels? Establishment voices dismissed that phrase, but it rang true for many Americans. Working through “normal political channels,” they made themselves heard, and as a result Congress will likely reject a wrong-headed proposal to authorize end-of-life counseling in this cost-cutting context. But the fact remains that the Democrats’ proposals would still empower unelected bureaucrats to make decisions affecting life or death health-care matters.

Yes, it did ring true to many Americans, but it also gave comfort to the “they’re lying about the bill” crowd, allowing the points she made here about rationing to be deflected.

Be that as it may, Palin is right that Obamacare threatens to put unelected bureaucrats in charge of our health care. And it isn’t just the bill, but the tens of thousands of pages of regulations that would be generated therefrom, resulting in the creation of assorted panels made up of bioethicists and others “experts,” who would be virtually unaccountable and likely to make decisions based on the predominate bioethical “quality of life” view.”  That would almost surely result ultimately in rationing of the kind imposed by NICE in the UK—the very model Sen. Tom Daschle, perhaps the most influential non government player in this whole drama, wants for America.

Love her,  hate or, or have mixed feelings, Palin is a force with which to be reckoned in the health care debate. This column gives me hope that she is finally shoring up her game.
0
Print
Email
Prev Article
Next Article