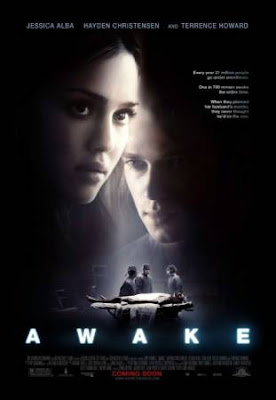 One of the greatest injustices of the Terri Schiavo case was the adamant refusal of Judge Greer to permit a renowned University of Chicago rehabilitation expert work with Terri to help her relearn how to swallow.  (Michael Schiavo had protected his future inheritance by denying her any and all rehab since 1992, even though he had told the malpractice jury in 1991 that he would use the damage award for that very purpose.)  This took place during the time of appeal, meaning it was known that the denouement was at least a year away. It would not have hurt her in the least.  If it didn’t work, that would then be known.  Ah, but if it did work, the dehydration would not have been able to go forward.

Apologists for this injustice said it couldn’t possibly work anyway because she was unconscious.  But now, a study published in Nature Neuroscience has shown that some people diagnosed with PVS may be able to learn.  From the abstract:

Pavlovian trace conditioning depends on the temporal gap between the conditioned and unconditioned stimuli. It requires, in mammals, functional medial temporal lobe structures and, in humans, explicit knowledge of the temporal contingency. It is therefore considered to be a plausible objective test to assess awareness without relying on explicit reports. We found that individuals with disorders of consciousness (DOCs), despite being unable to report awareness explicitly, were able to learn this procedure. Learning was specific and showed an anticipatory electromyographic response to the aversive conditioning stimulus, which was substantially stronger than to the control stimulus and was augmented as the aversive stimulus approached. The amount of learning correlated with the degree of cortical atrophy and was a good indicator of recovery. None of these effects were observed in control subjects under the effect of anesthesia (propofol). Our results suggest that individuals with DOCs might have partially preserved conscious processing, which cannot be mediated by explicit reports and is not detected by behavioral assessment.

Note that patients with greater brain atrophy apparently showed less capacity.  Still, such tests could protect the lives of some patients who are now branded as hopeless cases and removed from tube-supplied nutrition and hydration.

I hold strongly to the minority view, PVS, ShmeVS: A human being is a human being, is a human being, and should not be dehydrated to death.  But what about those who think awareness matters in moral value?  Will this possibility change things?  I doubt it. In the age of Obamacare, with its impetus toward cost control and health care rationing, when added with the growth in utilitarian medicine and “quality of life” judgmentalism, the costly and resource intensive efforts helping such patients would require would probably not be deemed “worth the cost.”

Still, we now have two strong indicators that PVS patients might have awareness, this, and the brain imaging studies showing that some  such patients may actually be interactive.  I know, I know: The biothicists (and liberal media types) will just say that awareness means the capacity to suffer, and hence, the dehydration (and eventually, the lethal jab) may be more important than ever. Heads the bioethicists win, tails people with profound cognitive impairments lose.
0
Print
Email
Prev Article
Next Article