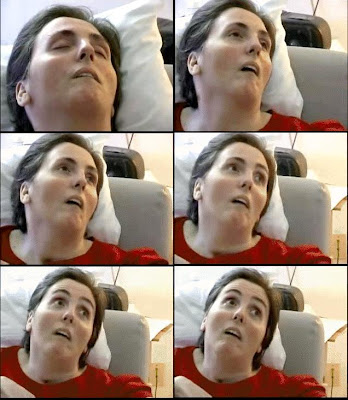 Nobody knows the pain of the culture of death more profoundly that the Schindler family.  First, Terri Schiavo—Bobby’s sister—was dehydrated to death because of her profound cognitive incapacity. Her cruel death, the family believes, badly undermined dad Robert Schindler’s health.  He died earlier this year.

The family, through the Terri Schindler Schiavo Foundation, has used their horror and pain productively as “celebrity victims” (Ralph Nader’s evocative term for people who become famous after suffering an egregious wrong), to advocate on behalf of human exceptionalism by standing firm against the quality of life ethic and on behalf of the equal moral worth of people like Terri.

Toward that end, Bobby has a column out today that gives examples of the unreliability of the persistent vegetative state diagnosis.  He also vividly reminds us of the consequences to the most vulnerable of writing them out of the human condition.  From his commentary:

To be clear: there is no indignity more final and brutal than forcing a living person to die the death of dehydration and starvation. Try to imagine the torture my sister endured in the last two weeks of her life. Being unable to defend herself, very likely aware of precisely what was happening and having absolutely no ability to escape it. For nearly two weeks, Terri was denied food and fluids. Not so much as an ice chip was given to her. It was pitiful, it was barbaric and it was clear that she was made to suffer. When my sister expired, she was a shell of her former self.

It is because of the suffering my sister and others endured that I believe the PVS diagnosis must be either reevaluated or completely abolished. With so many medical and neurological professionals admitting that there are inaccuracies and with the diagnosis being a death sentence, it is time to rethink disability and the way we regard it and our fellow human beings.

In the United States alone, more than 50,000 people live with profound neurological or cognitive disabilities. They live, quite literally, at the pleasure and by the mercy of others. There is the very real possibility that a large number of those individuals have been misdiagnosed yet, they are living in the crosshairs. Wouldn’t reasonableness and a simple sense of humanity dictate that we stop forcing people to die miserable deaths, based on a diagnosis with such a tremendous margin of error?

If some people had their way, most or all of those 50,000 people would be dehydrated to death after (or perhaps, one day, lethally injected, which Jack Kevorkian advocates) a brief waiting period from injury.  That would be a profound moral wrong.  Bobby’s continuing call to conscience is a great service to his sister’s memory.
0
Print
Email
Prev Article
Next Article