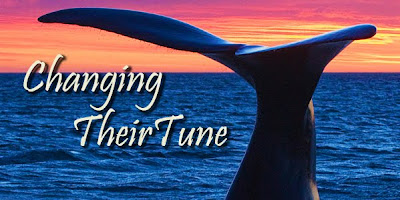 In a tacit acknowledgment that the promise of human embryonic stem cells is still far in the future, California*s stem cell research program on Wednesday awarded grants intended to develop therapies using mainly other, less controversial cells. The $230 million in grants awarded Wednesday to California universities and companies represent a big step toward moving stem cells from basic research toward application in treating diseases like cancer and AIDS. Grant recipients are supposed to have a therapy ready for initial human testing in four years. But only 4 of the 14 projects involve embryonic stem cells. The others will use so-called adult stem cells or conventional drugs intended to kill cancer stem cells, which are thought to give rise to tumors.

The grants thus represent a departure from the program*s original mission. California voters approved the 10-year, $3 billion effort in 2004 largely to get around restrictions on embryonic stem cell research imposed by the administration of President George W. Bush...Leaders of the California program say that what voters really care about are treatments for diseases, not what cell type is used.  They say that from the outset the program was not restricted to the embryonic cells.

In other words, human cloning and ESCR hasn’t worked out as well as expected, and now the tune has changed.  And here’s a quote the NYT would never have carried if Bush were still POTUS:

One project financed Wednesday would involve retrieving cardiac stem cells from a patient*s heart. The cells would be multiplied in culture and then put back into the heart to try to repair damage from a heart attack. Dr. Eduardo Marbán of Cedars-Sinai Medical Center, who will lead the project, said embryonic stem cells turn into immature heart cells that might not help an adult heart. *The last thing we want to do is grow rogue heart cells,* Dr. Marbán said.

Funny, when ESCR opponents used to make that very claim, they were hooted down by “the scientists” and their camp followers in the media.

So, do I now think that the CIRM is peachy keen because it is beginning to support ethical stem cell research?  No!  I don’t care if the CIRM swore off ESCR for good.  The state is sinking beneath the red ink waves. School funds are being cut, the UC system is a mess, health care is shriveling, and our state parks are only going to be open on weekends.  The Bay Bridge is falling—literally—apart and other infrastructure is in trouble.  We have debt past the horizon with no relief ship in sight.  If the CIRM really wanted to help California, it would close up shop.
0
Print
Email
Prev Article
Next Article