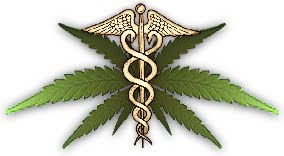 President Obama swore an oath to “faithfully execute the office of President of the United States.” The POTUS is also known as the chief magistrate, whose job it is to enforce federal law.  But now, Obama’s Justice Department has told federal prosecutors that they should not enforce federal marijuana law involving MJs medicinal use against people following state law, even though the Supreme Court has ruled that states can’t overturn federal policy.

This is profoundly subversive to the rule of law.  The correct answer to the current bad law prohibiting marijuana from being used medicinally, and allow it to be prescribed in appropriate cases like morphine and cocaine.  Indeed, I urged this course in the San Francisco Chronicle. From my column, “The Argument to Reassign or Pot’s Drug Classification, December 2, 2007:

According to Granite Staters for Medical Marijuana ( www.granitestaters.com), most of the Democrats, including Hillary Clinton, Barack Obama and John Edwards, have promised to call off the dogs. The leading Republican candidates, including Rudy Giuliani and Mitt Romney, have refused to so pledge, worrying, as John McCain put it in also rejecting the request, that marijuana is a “gateway drug.” (Fred Thompson did not answer the question.)

But this is both the wrong question and the wrong solution to the controversy. The problem isn’t the DEA raids. They are a symptom. The real illness, if you will, is the Federal Controlled Substances Act, passed in 1970, which explicitly lists marijuana as a “Schedule I” drug. This means that under federal law, marijuana has a “high potential for abuse” and “no accepted medical use in treatment in the United States.” Because marijuana is listed under Schedule I, doctors may not legally prescribe it, and the federal government can ignore state medical marijuana laws.

People can debate marijuana’s potential for abuse, but it is increasingly clear that cannabis has definite medicinal benefits. Studies and abundant anecdotal evidence demonstrate that marijuana can stimulate the appetites of people with AIDS and cancer, reduce nausea in chemotherapy patients, and help people with such debilitating conditions as multiple sclerosis, diabetes and glaucoma. And the American people know it: Polls show support in the 70 percent range for medical marijuana.

But isn’t medical marijuana a stalking horse for full tilt legalization?  Unquestionably—and those folk do suffering people who could benefit from properly prescribed cannabis a great disservice.  Indeed, in my view, the legalizers-to-get-high crowd are using suffering patients in a very cynical way.  But that should not stop us from doing the right thing  in the right manner. That is what ordered liberty is all about.

Alas, in our corrupt contemporary politics, we don’t do things right.  We do things wrong. I hoped for better as the 2008 campaign got underway in earnest:

So the time has come to put the presidential candidates on the hot seat. Merely asking whether they will halt the DEA raids allows them to expediently wiggle past the real issue, and indeed, seeks a promise from a future president to violate his or her oath of office by pledging not to enforce valid federal law.

What we really need to know is whether the next president will remove marijuana from Schedule I classification. That would help sick people, remove the issue of medicinal use from the broader debate over legalization, and bring the federal law in alignment with empirical realities.

Unfortunately, I apparently hoped in vain. The president of hope and change, change and hope, apparently doesn’t have the courage to get out of expediency mode and really lead on this important issue by sponsoring a change in the CSA.  In this regard, by refusing to enforce the law instead of working to change it, I believe he is breaking  his oath of office.
0
Print
Email
Prev Article
Next Article