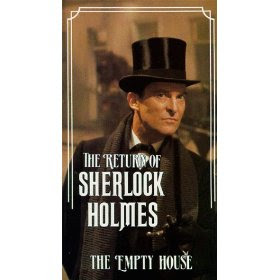 I loathe the tactic of hacking and publishing, whether in support of a side I am on or not.  It seems to me that such Nixonian tactics—as I wrote here—destroy the comity necessary for democracy to function. (Yes, I am aware of the NYT’s hypocrisy on this matter, but what does one expect from them?) I have taken some heat for that stance among friends, but I am sticking to it. If it was a hack job, I want to see full prosecution. The ends most certainly do not justify the means. Indeed, the means corrode all our freedoms.

Alas, that doesn’t answer the next question: What to do with the information now out in the public?   You can’t ignore it.  The matter is of great import to the world. But if you follow it, you reward the wrongdoers by giving them precisely what they wanted.

I have struggled with this, but in the end I agree with Investor’s Business Daily that the matter must be fully aired.  From its editorial “Junk Science:”

The Senate expects to take up global warming legislation by spring, but nothing more should happen in Congress on this issue until there’s been a thorough probe of the ClimateGate scandal. The scientists who have rung over and again the global warming alarm appear to be guilty of fraud. This we long suspected. Now, their own words, exposed by hackers who hijacked their e-mails, seem to confirm our suspicions. For decades they’ve told us that the Earth is warming because of a greenhouse effect caused by man’s carbon dioxide emissions into the atmosphere. But what they’ve been telling each other isn’t consistent with that story. The e-mails, more than a thousand of them, use phrases and terms such as “hide the decline,” “trick” and “contain” (as in to conceal the Medieval Warm Period, an era in which temperatures might have been higher than today’s).

There’s also at least one damning admission — “The fact is that we can’t account for the lack of warming at the moment” — sent by Kevin Trenberth of the National Center for Atmospheric Research. There are attempts to conspire. Phil Jones, head of Climate Research Unit at the University of East Anglia in England, wrote that “If they ever hear there is a Freedom of Information Act now in the U.K., I think I’ll delete the file rather than send to anyone.” Jones later warned a trio of colleagues: “Don’t any of you three tell anybody that the U.K. has a Freedom of Information Act!” There are attempts to silence dissenters.

I didn’t need these e-mails to figure out the game being played by the global warming hysterics.  The way Al Gore refuses to be questioned or deign to debate, the way “the scientists” have tried to close off all contrary presentations and destroy the careers of heterodox thinkers, I figured the old fix was in.  Time now to find out for sure.

Here’s a clue: If the Democratic Congress refuses to investigate, they know it’s true.  Ditto the UN and the UK Parliament.  Alas, that is my prediction.
0
Print
Email
Prev Article
Next Article