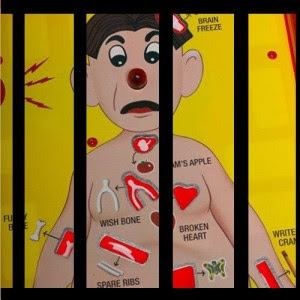 I have been warning that the drive has been renewed to expand the number of organ donors by opening the door to killing for organs, in this column about.  Now, another article in the journal Bioethics, by Christian Coons and Noah Levin, add new targets to the list of potential (killed-for-organs) donors—people who want assisted suicide and prisoners due to receive capital punishment.

First, they claim that the Dead Donor Rule (DDR)—that prohibits killing for organs—is untenable and should be rejected.  They go into a lot of detail about the reasons, but that, I think, is too arcane to deal with here.  Then they argue that if someone is going to die inevitably anyway, why not take their organs even though it causes death.  They illustrate their point with a silly mind game. From the article (link to Abstract):

A prospective killer buys a top-of-the-line ‘killing machine’ with all the latest bells and whistles. After it is turned on, the machine will terminate a victim in 15 minutes – and once it is turned on, it cannot be stopped.  However, after it is activated, one can choose or change the method by which the machine kills...Suppose our killer selects a victim and turns the machine on. Before the 15 minutes elapse, the victim...requests that the machine be set to ‘anesthetize and remove vital organs’...


While changing the setting is a clear violation of DDR, we submit that if saving the patient is impossible in this case, then the killer does no wrong by changing the setting at the victim’s request. It also seems clear that third parties – including doctors – would do no wrong by doing the same. Three conditions make termination by RVO [removing vital organs] compelling in this case: First, the victim’s fate is sealed – she will be terminated, and terminated at a known time. Second, the patient requests the method. Third, the use of this method does not cause more harm to self or other than other possible methods

This mind game then justifies killing for organs for people who want euthanasia or who are to receive the death penalty:

We take no stand on the permissibility of voluntary active euthanasia (VAE) or capital punishment (CP). However, where these practices exist, termination by RVO may meet the conditions outlined above. We take it as obvious that termination by RVO would meet the first two conditions. Termination by RVO need not hasten death. The method of termination should have no significant bearing on the time selected for termination. Additionally, patients seeking VAE and the condemned could autonomously express a wish to be killed by RVO without choosing death for the removal of organs.

They proceed to argue that so doing would not violate any recognizable rights:

The authors eventually put in the typical hedge seen in papers of this sort, claiming:

The main point of this article was to argue against the dead donor rule. But I think it’s implicit utilitarian amorality illustrates something very disturbing about the current trend in bioethics and our public philosophical discourse.  Arguing on behalf of killing for organs as a part of euthanasia and the death penalty is the logical destination of the current moral direction in which we are traveling;

Accept those and other such premises, and the kind of thinking exhibited by these writers becomes inevitable. Indeed, to show you how far it has already advanced, the authors express the exact view of Jack Kevorkian, once an outcast and now receiving a hefty $50 K per speech, as his values are elevated into a matter for respectable discourse in a major professional journal.  Meanwhile, China has been roundly condemned for harvesting (and selling)  the organs of its executed prisoners. If any of these unfortunates gave consent, do we now say that tyranny did nothing wrong in those cases?

Unless we return to a bold and unapologetic embrace of human exceptionalism, these kinds of arguments will become more mainstream in bioethics and among the medical and legal Intelligentsia.  Once that happens, policy often follows.
0
Print
Email
Prev Article
Next Article