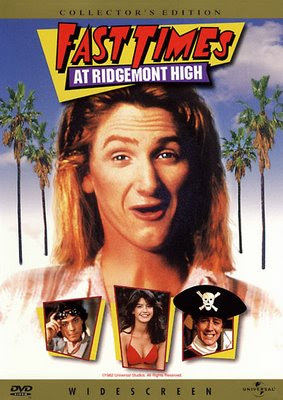 The current system of medical marijuana distribution is a form of anarchy that is quickly becoming a cover for recreational abuse. Now, to add to the growing disaster, some doctors are writing letters for teenagers to get marijuana for regular consumption as a “treatment” for ADHD.  From the story:

Several Bay Area doctors who recommend medical marijuana for their patients said in recent interviews that their client base had expanded to include teenagers with psychiatric conditions including attention-deficit hyperactivity disorder. “It’s not everybody’s medicine, but for some, it can make a profound difference,” said Valerie Corral, a founder of the Wo/Men’s Alliance for Medical Marijuana, a patients’ collective in Santa Cruz that has two dozen minors as registered clients.

Because California does not require doctors to report cases involving medical marijuana, no reliable data exist for how many minors have been authorized to receive it. But Dr. Jean Talleyrand, who founded MediCann, a network in Oakland of 20 clinics who authorize patients to use the drug, said his staff members had treated as many as 50 patients ages 14 to 18 who had A.D.H.D.

Bay Area doctors have been at the forefront of the fierce debate about medical marijuana, winning tolerance for people with grave illnesses like terminal cancer and AIDS. Yet as these doctors use their discretion more liberally, such support — even here — may be harder to muster, especially when it comes to using marijuana to treat adolescents with A.D.H.D. “How many ways can one say ‘one of the worst ideas of all time?’ ” asked Stephen Hinshaw, the chairman of the psychology department at the University of California, Berkeley. He cited studies showing that tetrahydrocannabinol, or THC, the active ingredient in cannabis, disrupts attention, memory and concentration — functions already compromised in people with the attention-deficit disorder.

Well, duh.  This is just unethical drug pushing to underage children. Federal law enforcement should shut this practice down now.  But don’t count on it:  Our president has already violated his oath of office by promising not to enforce federal laws against marijuana when it is used for medicinal purposes in states where it is legal.  Why should we be surprised that we now see stories such as this?  Expediency reigns when important legal principles are thrown to the wind.

This story also proves my repeatedly made point that the current medical marijuana distribution system is a nightmare.  Marijuana has clear medical uses, but the answer, as I wrote a few years ago in the S.F. Chronicle, is to treat it as other intoxicating drugs that have medicinal uses; change its status in the Controlled Substances Act to Schedule 2 or 3. That would permit studies to be carried out to determine which maladies benefit from cannibis and for it to be distributed in an orderly and controlled fashion through pharmacies.

In the meantime, if the proponents of medical marijuana continue to act this irresponsibly, at some point the whole thing could well blow up in their faces.
0
Print
Email
Prev Article
Next Article