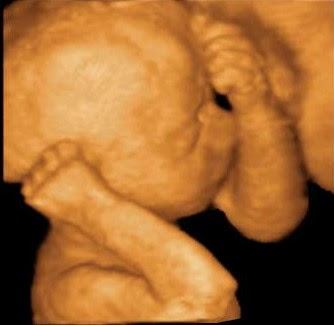 There have been interesting polling, occasionally reported here, about how the country seems to be moving in a pro life direction, with the Gallup Poll now showing a majority opposing abortion.  One reason seems to be that improved imaging techniques have verified the humanity of gestating life.  That is sure what happened with Abby Johnson, who quit her position as head of a local Planned Parenthood chapter, and indeed, now works with pro lifers to help persuade women to make the choice of giving birth. From the story:

Planned Parenthood has been a part of Abby Johnson’s life for the past eight years; that is until last month, when Abby resigned. Johnson said she realized she wanted to leave, after watching an ultrasound of an abortion procedure. “I just thought I can’t do this anymore, and it was just like a flash that hit me and I thought that’s it,” said Jonhson.

She handed in her resignation October 6. Johnson worked as the Bryan Planned Parenthood Director for two years. According to Johnson, the non-profit was struggling under the weight of a tough economy, and changing it’s business model from one that pushed prevention, to one that focused on abortion. “It seemed like maybe that’s not what a lot of people were believing any more because that’s not where the money was. The money wasn’t in family planning, the money wasn’t in prevention, the money was in abortion and so I had a problem with that,” said Johnson.

If Johnson’s charge is true about being told to intentionally push abortion for financial reasons, Planned Parenthood cannot credibly claim to be a dispassionate family planning/women empowering organization.  Rather, it has an agenda that is both ideological and financially motivated.  Since PP receives millions in taxpayer dollars, I think Johnson’s charge should be investigated.
0
Print
Email
Prev Article
Next Article