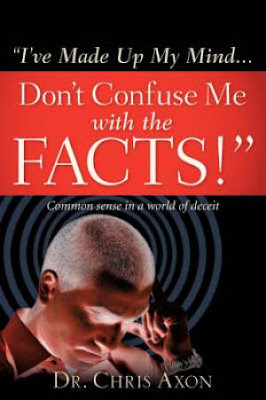 A lot of people seem emotionally invested in Rom Houben not actually being conscious. But all the evidence is on the other side.  Now, his doctor Steven Laureys is interviewed in the New Scientist about his diagnosis.  From the interview:

Can you say what makes you so sure he is conscious?

When I first saw Rom three years ago, he had been diagnosed as being in a vegetative state. We used the Coma Recovery Scale – Revised (PDF), which is a bedside behavioural assessment done in a very standardised way, and which you do repeatedly so as not to miss any signs of consciousness. And he showed minimal signs of consciousness. So we didn’t even need fancy scanning methods to change the diagnosis. Then he had a brain scan – and we saw near-normal brain function.

What kind of a brain scan did you do?

He had many scans – but I don’t want to go into this. We can limit ourselves to one brain scan, a PET scan, which is very straightforward. It measures the brain energy used by injecting radioactively labelled glucose.

How did this indicate he was conscious – I thought we didn’t yet have a signature of consciousness?

You are right, we don’t have the neural correlate of consciousness. However, there is a whole literature on the brain’s metabolic activity in the vegetative state and on its activity when it is functioning normally. We wrote a paper on this in Lancet Neurology in 2004, in which we reviewed how PET scanning has shown high metabolic levels in the brains of patients in a locked-in syndrome compared with those in a vegetative state. However, what is still a major challenge is to disentangle vegetative from a minimally conscious state and other disorders of consciousness. This is not as black and white.

In July we published our paper in BMC Neurology showing that 41 per cent of vegetative patients may actually be minimally conscious, based on the Coma Recovery Scale – Revised. Rom is different to this because he has more than minimal brain function – his brain scans show that he has near normal function. But he has still put a human face to the very important problem of assessing consciousness, the importance of using a standardised scale and the power of neuro-imaging.

The controversy over facilitated communication is a misdirection. The fact is that Houben was badly misdiagnosed as being unconscious when he is actually awake and aware. But he is not alone. Many studies have shown that PVS has about a 40% misdiagnosis rate.

Still, conscious or unconscious, we should not dehdyrate people to death based on a discriminatory quality of life judgmentalism. Unless the patient made it very clear, and in writing, that they want to be denied all sustenance if they become profoundly cognitively disabled, the benefit of every doubt should go to life.

I’ll have a longer piece published about this matter soon.
0
Print
Email
Prev Article
Next Article