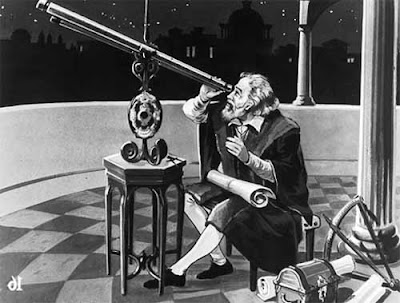 One of the e-mails in the Climategate scandal—yes, I still think the hackers should be prosecuted—vividly illustrates how badly ideology has corrupted too much of science. From a Wall Street Journal editorial:

As anonymous reviewers of choice for certain journals, Mr. Mann & Co. had considerable power to enforce the consensus, but it was not absolute, as they discovered in 2003. Mr. Mann noted in a March 2003 email, after the journal “Climate Research” published a paper not to Mr. Mann’s liking, that “This was the danger of always criticising the skeptics for not publishing in the ‘peer-reviewed literature’. Obviously, they found a solution to that—take over a journal!”

Mr. Mann went on to suggest that the journal itself be blackballed: “Perhaps we should encourage our colleagues in the climate research community to no longer submit to, or cite papers in, this journal. We would also need to consider what we tell or request of our more reasonable colleagues who currently sit on the editorial board.” In other words, keep dissent out of the respected journals. When that fails, redefine what constitutes a respected journal to exclude any that publish inconvenient views.

That’s it in a nutshell.  Mann wasn’t practicing science but seeking to institutionalize his ideology in a socially fascistic manner.  And the same thing happens on university and college campuses across the country and around the world, where the loudest brayers about academic freedom are often the very ones who refuse to hire, or deny tenure to, scholars with whom they disagree.

Global warming isn’t the only field in which we have witnessed this kind of brazen ideological corruption of science in recent years. I have seen the same approach taken repeatedly against heterodox views in the human cloning/ESCR controversy, to the point that people have been driven off of faculties or denied tenure. My colleagues at the Discovery Institute face a similar buzz saw in their pursuit of intelligent design hypothesis, and then are taunted by the censors for not being published in peer reviewed journals.  Indeed, when Richard Sternberg published an ID article, he was attacked and slandered so mercilessly by the Darwinists, that it sent a clear and threatening message to all other journal editors that they publish ID-oriented papers at peril to their own careers.

But in the end, the ideologues and censors can’t make dissenters go away.  Popular belief in global warming is plummeting precisely because people see these tactics for the desperate impositions that they are.  The public now knows that adult stem cells are making the most progress, and hence much of the ESCR controversy has faded.  My DI colleague Stephen Myer’s book, Signature in the Cell, is in its fifth printing and was named one of the best science books of the year by the Times of London.

The most severe harm these scientism ideologues cause is to science itself.  And to think these censors and bullies smugly presume that they’re walking in the footsteps of Galileo, when in fact, they are actually the new Inquisition.
0
Print
Email
Prev Article
Next Article