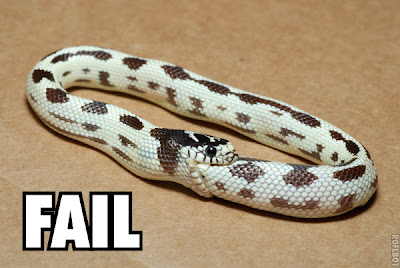 This whole global warming scam increasingly seem to me like a snake eating its own tale.  In Switzerland, a scientist looking for renewable energy deep in the earth has been sued for causing earthquakes.  From the story:

A geologist has gone on trial in Switzerland for allegedly causing earthquakes while drilling for hot rocks to produce clean energy. Markus Haering, who designed the geothermal project, rejected allegations that he deliberately damaged properties and said local people knew the risks.

The deep drilling underground caused a series of earthquakes in 2006, including one of 3.4 magnitude, rattling residents of the north-western city of Basel. Geopower Basel, the project leader, has already paid around 9 million Swiss francs (£5.3 million) in compensation for cracked walls and other damage on properties near the experiment. The project was suspended at the time and shut down last week after a risk analysis concluded that more quakes could follow if the drilling continued.

Talk about ingratitude.  I mean the poor man was only trying to save the planet.
0
Print
Email
Prev Article
Next Article