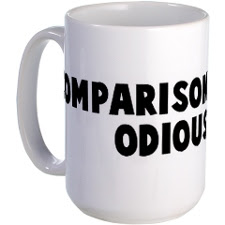 Senator Harry Reid has stooped to a new low by comparing people who oppose Obamacare to defenders of slavery. From the story:

...Reid argued that Republicans are using the same stalling tactics employed in the pre-Civil War era. “Instead of joining us on the right side of history, all the Republicans can come up with is, ‘slow down, stop everything, let’s start over.’ If you think you’ve heard these same excuses before, you’re right,” Reid said Monday. “When this country belatedly recognized the wrongs of slavery, there were those who dug in their heels and said ‘slow down, it’s too early, things aren’t bad enough.’” He continued: “When women spoke up for the right to speak up, they wanted to vote, some insisted they simply, slow down, there will be a better day to do that, today isn’t quite right. When this body was on the verge of guaranteeing equal civil rights to everyone regardless of the color of their skin, some senators resorted to the same filibuster threats that we hear today.”

Well, the people who dug in their heels about slavery were Democrats.  Same for the most part regarding Jim Crow.  And women were given the right to vote by men because Suffragettes they had successfully made the moral case. It was a splendid example of how the system is supposed to work, because once the job was done, we never looked back.  Moreover, if a senator of a different political persuasion said something like that, it would be called hate speech.

But that’s beside the point.  These kind of alleged moral comparisons with some of the worst evils in our country’s history are pure garbage. Our health care system is flawed, to be sure. But it is not slavery. It is not denying women the vote.  It is not Jim Crow. People can disagree with the current proposal and not be malicious or supporters of oppression and tyranny. This kind of hyperbole convinces no one, changes no minds, but causes great harm by corroding what little political comity remains in this country.
0
Print
Email
Prev Article
Next Article