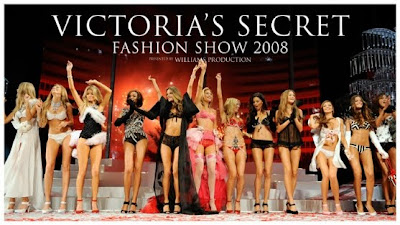 Some Obamacare supporters want to tax cosmetic surgical procedure as a way of helping pay for its costs.  I am no fan of cosmetic surgery, but oppose taxing it on principle, as I wrote here.

At the time, I had no idea feminism has devolved into what we could call “Victoria’s Secret Feminism,” which holds that “feeling good” about oneself through cosmetic alteration should be a driving principle of the sisterhood. But that seems to be the case as the National Organization for Women opposes the tax because it wants nothing to interfere with women getting those frown lines removals and tummy tucks.  From a column by New York Times columnist Judith Warner:

Yes, standing up for the rights of middle-aged women to have access to cosmetic enhancement is part of the work of contemporary feminism, [NOW president Terry] O’Neill told me this week. It’s the sorry consequence of a number of sorrier truths: The economy is terrible. Middle-aged women, many of whom reduced their working hours, limiting their earning power and ambition, when they had kids or, later, found themselves having to care for their parents, are in a particularly vulnerable spot these days, as they’re increasingly called upon to supplement or take over the lion’s share of family money-making. And any number of studies have shown that people with better (read: younger) looks have a better chance of getting a good job. Particularly women.

Oh yea? Try being a 60-year-old white member of the patriarchy. But bitterness aside, under this theory, women’s cosmetic procedures should be covered by Obamacare.  Don’t laugh, that could be coming:

“Looks are the new feminism, an activism of aesthetics,” Alex Kuczynski wrote in the introduction to her 2006 book on America’s obsession with cosmetic surgery, “Beauty Junkies.” At first glance, this seems ridiculous. And yet it says something true enough about the way many younger women understand feminism at a time when organized, real-world activism has hit wall after wall of political impossibility. Sneaker ads teach that feminism is all about taking control — of your figure. This is what happens when equal pay stalls, abortion rights wither, and attempts to improve child care and workplace flexibility die on the legislative vine year after year. Women’s empowerment becomes a matter of a tight face and a flat belly. You control what you can control. And so many middle-aged women feel particularly out of control now, as indeed they are, in these life plan-wrecking economic times.

So rather than resist the meme that female beauty begins to fade at 25, Victoria Secret Feminists promote plastic surgery as an act of female empowerment. I am woman, hear me roar: Susan B. Anthony would be so proud.
0
Print
Email
Prev Article
Next Article