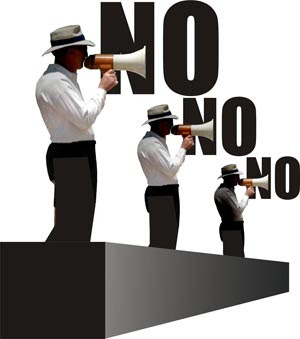 As a lawyer, I am increasingly alarmed by how the emotional narrative subsumes what should be hard law and fixed principle. Our example today: A  judge ruled that the killer of George Tiller—he is not yet adjudged a murderer, but admits the shooting—shall be allowed to defend himself based on his feelings that violence was  justified. From the story:

The tense standoff in America between extreme anti-abortion protesters and doctors who provide abortions has been ruptured by a judge’s ruling in Kansas that the killer of a doctor will be allowed to argue in court that he believed he was justified in trying to save unborn children. Under the ruling, Scott Roeder, 51, would become the first killer of an abortion doctor in US history to be allowed to present his belief in the justification of violence to the courts. He has been charged with murder after shooting George Tiller in Wichita, Kansas in May last year.

That is just wrong. He could certainly testify about matters that might demonstrate that he had an impaired ability to form the intent to murder. But he should not be allowed to testify why he thought homicide was justified under the circumstances of the killing, when under the law, it clearly was not.  After all, a “defense of others” excuse is only viable when the perceived danger to the innocent other—in this case, fetuses—is imminent. Even then, lethal action is only justified when it is reasonably necessary to prevent serious harm or death.  But Tiller was passing out bulletins in the Narthex of his Lutheran church when shot and pose no immediate threat to anyone.  That should, by definition, preclude defense of others as a defense.

Update: A commenter just quoted an unusual Kansas law that may justify allowing the testimony.  (See comments.)  I have changed the headline of this post accordingly.  Would be interested in Kansas lawyers discussing.
0
Print
Email
Prev Article
Next Article