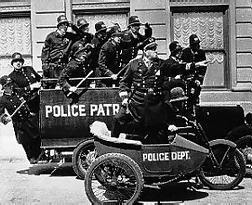 Across a wide swath of issues, we see pride going before the fall.  In today’s example, the UN has now officially admitted that its ridiculous claim about the Himalayan glaciers disappearing by 2035 was a “mistake,” as previewed earlier here at SHS. And that is the report that led to the IOCC receiving a Nobel Prize! Good grief. From the story:

The stunning admission is certain to embolden critics of the panel, already under fire over a separate scandal involving hacked e-mails last year. The 2007 report, which won the panel the Nobel Peace Prize, said that the probability of Himalayan glaciers “disappearing by the year 2035 and perhaps sooner is very high”. It caused shock in Asia, where about two billion people depend on meltwater from Himalayan glaciers for their fresh water supplies during the dry seasons. It emerged last week that the prediction was based not on a consensus among climate change experts but on a media interview with a single Indian glaciologist in 1999.

That’s because global warming hysteria is as much about politics as science, and the glory is to be found in being hyperbolic—or a propagandist like Al Gore.

And now, our UN would-be overlords apparently no longer care about their own self imposed “deadline”—as in ONLY TEN YEARS TO SAVE THE PLANET!!!!! They’ve already waived the first action “requirement” under Copenhagen. From the story:

The timetable to reach a global deal to tackle climate change lay in tatters on Wednesday after the United Nations waived the first deadline of the process laid out at last month’s fractious Copenhagen summit. Nations agreed then to declare their emissions reduction targets by the end of this month. Developed countries would state their intended cuts by 2020: developing countries would outline how they would curb emissions growth. But Yvo de Boer, the UN’s senior climate change official, admitted the deadline had in effect been shelved.