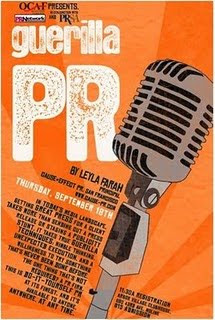 Chris Mooney is a partisan author (The Republican War on Science) and a leftist political advocate.  He has made a career of pushing ideological goals as if they were objective scientific agendas. And of course many science journalists—often in name only—have followed his lead, particularly in the fields of global warming and embryonic stem cell research, which I deal with, and in the Darwin wars, which I don’t.

The thing is, that approach only serves to demonstrate the law of diminishing returns.  When journalists become mere boosters—exemplified at a recent climate journalists’ convention in which a reporter asking tough questions of Al Gore had his microphone turned off—people know they’re being propagandized.  That has resulted in greater distrust of both science and the media.

Mooney’s answer to the public’s loss of faith, in a Washington Post piece, is more spin.  From his column:

The central lesson of Climategate is not that climate science is corrupt. The leaked e-mails do nothing to disprove the scientific consensus on global warming. Instead, the controversy highlights that in a world of blogs, cable news and talk radio, scientists are poorly equipped to communicate their knowledge and, especially, to respond when science comes under attack.

Talk about revisionism! No, the central lesson of Climategate was that the scientists involved were not only far from objective, but they were hyper-concerned with communication—most particularly stifling those with whom they disagreed.  They wanted a monopoly on what was reported and threatened to punish reporters and professional journals that permitted even a whiff of heterodoxy into the discussion.

And guess who wanted to use Katrina as a sledge hammer promoting the global warming meme:

Consider another failure to communicate from the global-warming arena: the scientific fallout after a devastating trio of hurricanes — Katrina, Rita and Wilma — in the fall of 2005. Just as these storms struck, a pair of scientific studies appeared in top journals suggesting, for the first time, that global warming was making hurricanes more intense and deadly. Other scientists vociferously disagreed, and the two camps fell into combat. So while public interest in hurricanes was at a high after Katrina, much of the science reporting at the time portrayed researchers bickering with one another (“Hurricane Debate Shatters Civility of Weather Science,” announced a Wall Street Journal cover story).

But the thing is, we know that global warming did not cause Katrina, nor has it increased the number of hurricanes.  Indeed, we have actually had a dramatic reduction in hurricane activity over the last few decades.

And notice how he uses the usual cliches to set up the discussion of h0w to beat back the dreaded Darwin skeptics:

Science’s opponents in this fight are highly organized, and they constantly nitpick evolutionary science to cast the field into disrepute. The scientific response to creationists has long been to cite the extensive evidence for evolution...Yet such down-in-the-weeds messages probably miss most of the public — polls repeatedly show that a large portion of Americans have doubts about evolution.

Actually, at the popular level,  the supporters of neo Darwinism do mostly what Mooney does; label critics “science opponents” and “creationists,”  a two-dimensional caricature that not only disrespects heterodox thinkers in the field—an often thankless endeavor that science is supposed to honor—but also, the public itself, which has honest questions and concerns about these matters.  (I’ve seen the same thing in the stem cell issue, with people voicing ethical concerns about ESCR or human cloning denigrated as “anti science.”)  And don’t discount the snob factor in the lessening of the public’s respect for science—they know when they are being disrespected.

Advocates like Chris Mooney view science as a splendid weapon for furthering their political aims, which are shared by many politicized leaders of the science sector.  But pushing better spin isn’t the answer to improving public respect for science.  Indeed, such tactics are actually counter productive. The more scientists listen to the likes of Chris Mooney—the more they use sound bites, denigrate opponents, stifle heterodox views, and employ the other tools of big time PR—the less the public will trust them.
0
Print
Email
Prev Article
Next Article