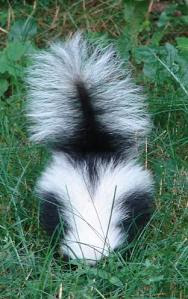 Have you ever seen such a botched and corrupt process?  Rather than focus reform on what needs fixing—access to insurance for the hard to cover—President Obama and his Congressional court jesters tried to remake the entire health care system. But the bill was based on expediency more than principle. As a result, we have suffered through the spectacle of serial backroom deals.  And here’s the latest: Union members will apparently be excused from paying the tax on Cadillac policies that all other such policy holders will pay. From the story:

What a travesty. So, if a Teamster and an unrepresented worker have the same high end policy, the Teamster won’t be taxed but the other fellow—poor sap—will.  Obamacare is more malodorous than a poorly run tannery.

Think about what an unmitigated mess Obamacare has become: Some states are now being treated differently than other states, on paying the extra costs to come in Medicaid for example.  Distinctions in impact are based on non rational criteria. The bill is more than 2000 pages long and it is literally being crafted to help the friends of the power brokers in locked rooms, with curtains drawn.

Obama promised us integrity. He has delivered favoritism and cronyism.  He said that he would be a bridge over troubled waters.  He has actually been the exact opposite—by favoring some constituencies and punishing others, he has more bitterly divided us than any time in my lifetime, threatening real cultural schism.