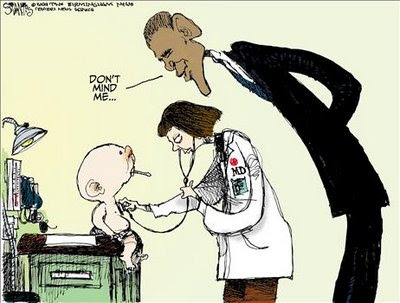 Yesterday, I posted about a bioethics article that advocated dropping human intrinsic dignity as a fundamental premise to be applied in bioethical analyses.  This meme is profoundly dangerous to the medically vulnerable.  Moreover and alas, human unexceptionalism is the mainstream view in the field, in the field, evidenced by the popularity of personhood theory within the movement and the “human undignified” article being published in Bioethics, a notable professional journal. (I have often said, if you want to see what is going to go wrong in the coming years, read the professional journals.)

This matters because of the wide influence wielded by bioethics in medical ethics, law, media reporting and analysis, public policy, and indeed, through those vehicles, upon the views of general society.  Here’s how I put it in Culture of Death (citations omitted):

It is important to note that bioethics is not a synonym for medical ethics and does not restrict its scope to the behavior of doctors in their professional lives vis-à-vis their patients.  Rather, bioethics concerns itself with the relationship between medicine, health, and society, a far broader and more consequential matter.  Moreover, many bioethicists presume an overarching moral expertise that is breathtaking in its ambition and hubris.  Many view themselves, quite literally, as the forgers of “the framework for moral judgment and decision making” who will create “the moral principles” that determine how “we are to live and act,” a “wisdom” they perceive as “specially appropriate to the medical sciences and medical arts.” Indeed, some claim that “bioethics goes beyond the codes of ethics of the various professional practices concerned.  It implies new thinking on changes in society, or even global equilibria.” (My emphasis.)  Not bad for a school of thought that has only existed for about 30 years...

Once bioethics moved away from ivory tower rumination and to actively influence public policy and medical protocols, by definition the field became goal oriented.  Indeed, University of Southern California Professor of Law and Medicine, Alexander M. Capron, notes that from its inception, “bioethical analysis has been linked to action.” If dialogue is linked to action, at the very least, that implies an intended direction if not a desired destination.  Even bioethics historian Albert R. Jonsen, a bioethicist himself, calls bioethics a “social movement.”  Has there been any social movement that was not predicated, at least to some degree, in ideology?  Moreover, the bioethics pioneer, Daniel Callahan, co-founder of the bioethics think tank, The Hastings Center, has admitted that “the final factor of great importance” in bioethics gaining societal respect, was the “emergence ideologically of a form of bioethics that dovetailed nicely with the reigning political liberalism of the educated classes in America.” Thus, mainstream bioethics is explicitly ideological, reflecting the values and beliefs of the cultural elite.

If Obamacare passes, the field will grow, if anything, even more powerful.  The proposed law will establish scores of bureaucracies and advisory boards.  The people who will serve on these boards, testify in front of them, and otherwise exert powerful sway over our centralized medical delivery system will be bioethicists.  That is too much—and too dangerous— power to be wielded by denizens in a field that generally rejects human exceptionalism and its corollary, the sanctity/equality of human life.
0
Print
Email
Prev Article
Next Article