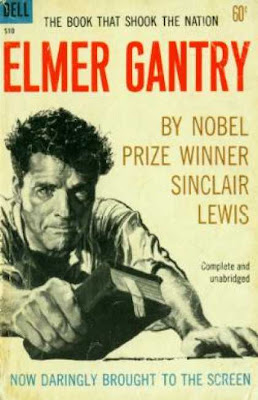 Wow. It isn’t too often that the Chronicle of Higher Education echoes SHS, but an article on environmentalism becoming a religion comes very close.  From the article “Green Guilt” by Stephen T Asma (my emphasis):

Instead of religious sins plaguing our conscience, we now have the transgressions of leaving the water running, leaving the lights on, failing to recycle, and using plastic grocery bags instead of paper. In addition, the righteous pleasures of being more orthodox than your neighbor (in this case being more green) can still be had—the new heresies include failure to compost, or refusal to go organic. Vitriol that used to be reserved for Satan can now be discharged against evil corporate chief executives and drivers of gas-guzzling vehicles. Apocalyptic fear-mongering previously took the shape of repent or burn in hell, but now it is recycle or burn in the ozone hole. In fact, it is interesting the way environmentalism takes on the apocalyptic aspects of the traditional religious narrative. The idea that the end is nigh is quite central to traditional Christianity—it is a jolting wake-up call to get on the righteous path. And we find many environmentalists in a similarly earnest panic about climate change and global warming. There are also high priests of the new religion, with Al Gore (“the Goracle”) playing an especially prophetic role.

We even find parallels in environmentalism of the most extreme, self-flagellating forms of religious guilt. Nietzsche claims that religion has fostered guilt to such neurotic levels that some people feel culpable and apologetic about their very existence. Compare this with extreme conservationists who want to sacrifice themselves for trees and whales. And teachers, like myself, will attest to significant numbers of their students who feel that their cats or whatever are equal to human beings. And not only are members of the next generation egalitarian about all life, but they often feel positively awful about the way that their species has corrupted and defiled the whole beautiful symphony of nature. The planet, they feel, would be better off without us. We are not worthy. In this extreme form, one does not seek to reduce one’s carbon footprint so much as eliminate one’s very being.

I don’t share Asma’s apparent coolness toward traditional religion, and I think he understates the depth of the nihilism unleashed by the modern isms, but bravo to him for noticing that proper environmental awareness has, in many quarters, crossed the line into both anti humanism and a distorted form of religious faith. Indeed, what we saw in Copenhagen was a failed attempt to create a Green neo theocracy.
0
Print
Email
Prev Article
Next Article