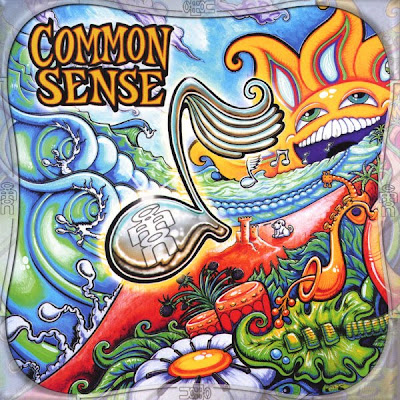 Global warming hysteria is collapsing of its own hubris and ideological machinations. Whether or not carbon and other emissions are causing some warming, the movement was always more about politics—the establishment of an international governing technocracy, allowing favored insider to feast at the sumptuous table of grants and handouts, and frankly, taking the USA down a peg through radical wealth redistribution—as much as it was about the climate.

But now, in the resulting vacuum, voices are being heard that present a far more common sense approach to transitioning our economies to greater earth friendliness without the wrenching dislocations—economical and political—that the Copenhagen Crowd seeks. From a column by global warming believer Bjorn Lomborg, author of Cool It: The Skeptical Environmentalist’s Guide to Global Warming:

It is important to understand the two key reasons why the Copenhagen summit broke down. First, developing nations have no intention of letting the developed world force them to stop using carbon-emitting fuels... Second, even for developed economies such as Canada, trying to force drastic cuts in carbon emissions makes no economic sense. All the major climate economic models show that, to achieve the much discussed goal of keeping temperature increases under two degrees, we would need a global tax on carbon emissions that would start at $106 per ton (or about 25 cents per litre of gasoline) – and increase to $4,200 per ton (or $9.83 per litre of gasoline) by the end of the century. In all, this would cost the world $42-trillion a year. Most mainstream calculations conclude that, all in all, this spending would be 50 times more expensive than the climate damage it seeks to prevent.

If these figures are accurate, Kyoto/Copenhagen is terminal.  But which way forward? Invest a lot more money in new technologies.

A significant increase in research and development investments a year is needed to produce a real technological revolution. Spending 0.2 per cent of global GDP product – roughly $100-billion a year – on green energy R&D would produce the kind of game-changing breakthroughs needed to fuel a carbon-free future. Economists Chris Green and Isabel Galiana of McGill University calculated the benefits – from reduced warming and greater prosperity – of this sort of investment, and conservatively concluded that each dollar spent on this approach would avoid about $11 of climate damage...Not only would this be a much less expensive policy than trying to cut carbon emissions, it would also reduce global warming far more quickly.

Governments have a role to play:

Public funds are needed because we cannot rely on private enterprise alone. As with medical research, early innovations will not reap significant financial rewards, so there is no strong incentive for private investment today. Carbon taxes could play an important supplementary role in funding research and development, but they are not the primary fix. Indeed, putting a high price on carbon first, then hoping that alternative technology will catch up, is not a sound policy. Until the technology is ready to compete on its merits, carbon taxes will simply bleed the economy, while providing no real benefit to the climate.

This transition will take decades.  And to accomplish it, we will need strong economies. That means “drill baby drill,” as we help gestate alternative energy to birth so that we can eventually cap the wells.  Not impoverishing ourselves will also provide the resources to mitigate damage caused by AGW—if it exists, and if they occur. The time has come to fire the discredited IPCC, ignore Al—the debate is over—Gore, and begin to listen to the Bjorn Lomborg’s of the world.