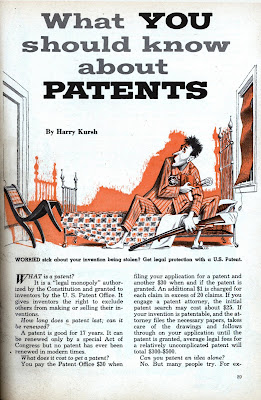 Amidst all the fury over the Bush stem cell funding restrictions, every once in a while stories would appear indicating that the field was really being stifled not by funding problems—I’ll say—ESCR received more than $2 billion in private/public funding during the Bush years—but patent problems.  And indeed, embryonic stem cells—as distinguished from the methods of deriving them—should not be patentable since they are not human inventions.

Now a court has ruled that cancer genes are not patentable—and for the same reasons.  From the story:

In a ruling with potentially far-reaching implications for the patenting of human genes, a judge on Monday struck down a company’s patents on two genes linked to an increased risk of breast and ovarian cancer. The decision by U.S. District Judge Robert Sweet challenging whether anyone can hold patents on human genes was expected to have broad implications for the biotechnology industry and genetics-based medical research. Sweet said he invalidated the patents because DNA’s existence in an isolated form does not alter the fundamental quality of DNA as it exists in the body nor the information it encodes.

The point is to prevent companies from monopolizing regenerative medical capabilities:

Last March, the American Civil Liberties Union and the Public Patent Foundation sued Myriad Genetics Inc., based in Salt Lake City, the University of Utah Research Foundation and the U.S. Patent and Trademark Office.The ACLU and the patent foundation said Myriad’s refusal to license the patents broadly has meant that women who fear they may be at risk of breast or ovarian cancers are prevented from having anyone but Myriad look at the genes in question.

Myriad attorney Brian Poissant declined to comment. At a hearing before Sweet last month, Poissant said disallowing the patents would wreck the foundation of the biotechnology industry.

Chris Hansen, one of the lawyers who argued the case for the ACLU, said the ruling provides a “strong advance for women’s health and for science.” He said the ruling, if upheld, would threaten many of the patents held on approximately 20 percent of the human genome. “In our view, it would enormously increase women’s opportunities to receive testing and diagnoses and would liberate research opportunities for researchers all over the country,” Hansen said...

Mary-Claire King, the University of Washington scientist who discovered the first breast cancer predisposition gene, BRCA-1, while at the University of California at Berkeley in 1990, called the ruling “very good news for women who are potential carriers” of cancer genes and their families. “It will open the door to truly competitive testing. It will allow the science to drive the field instead of the monopolistic approach that has dominated,” she said. Patenting a gene “makes no sense,” King said. “It’s like patenting one’s thumb.”

I can’t believe I am on the same side as the ACLU, but the group is right: Body parts—which are not human inventions—should not be subject to private ownership.  I applaud this decision and hope it sticks.
0
Print
Email
Prev Article
Next Article