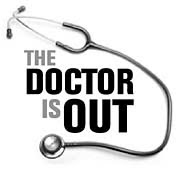 President Obama is spending this country into a state of financial collapse akin to Greece—or worse, California.  And yet, when a little more money could have helped ease our growing doctor shortage, Obamacare failed to provide the fix.

Here’s the story: Back in 1996, in a truly boneheaded move, the Clinton Administration capped the money Medicare spent on subsidizing the training of medical residents—on the pretext that it wanted to prevent a doctor glut!  (We should be so lucky.)  That cap, which hasn’t changed in more than ten years, prevents us from increasing the number of doctors—which is really dumb given that even without Obamacare, there will be more patients clamoring for medical care, which can only have the effect of raising costs.

Obamacare would have been the perfect vehicle to lift this cap and increase the number of doctors entering the system.  After all, it is spending on everything else under the sun.  But did it?  No.  From the story:

The House of Representatives voted 219 to 212 Sunday night to pass the sweeping health bill that the Senate had approved on Christmas Eve. The measure, HR 3590, is expected to extend insurance coverage to an additional 32 million people—a fact applauded by dozens of health- and higher-education groups that have been lobbying for pet provisions over the last year.

At the same time, it would leave about 23 million people, including the nation’s undocumented immigrants, uninsured, and it retains a controversial cap on the number of residency positions Medicare finances at teaching hospitals. That cap limits the number of medical-school graduates who can enter the work force.

This is beyond insane.  If we are to control costs without Draconian cuts in patient care, we need more doctors.  Why the writers of this horrible bill couldn’t at least begin to open the spigot by increasing the doctor supply—especially needed since Obamacare may drive some doctors out of medicine altogether—is beyond understanding.
0
Print
Email
Prev Article
Next Article