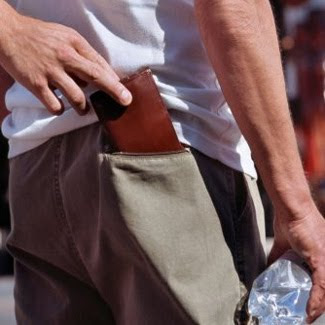 This puzzles me: If a main point of Obamacare is to control costs—the real point is raw power, but never mind—then taxing medical devices that are so integral to the delivery of health care makes no sense.  Yet, Obamacare imposes an excise tax on medical device manufacturers—just because it can, I suppose.  From the story:

Safe sex is about to get more expensive, now that Congress has levied a new tax on condoms - and bedpans, bandages and thousands of other implements - to help pay for the just-enacted $940 billion health care overhaul. The change is courtesy of a 2.3 percent excise tax on medical devices that was embedded in the final version of the health care package and is expected to raise $20 billion over the next 10 years. The new tax - set to begin in 2013 - has spurred Medtronic Inc. of Minneapolis to warn of layoffs, and other medical device manufacturers to talk about slimming research and development budgets to offset higher costs.  “It’s regrettable that the industry is facing this tax,” said Brett Loper, the senior executive vice president of government affairs for the Advanced Medical Technology Association, or AdvaMed. “It’s a tax that could hurt R&D.”

Some advocates of health care rationing argue that we should slow down medical advances achieved by such R&D because they are too expensive for society to absorb.  I guess this is one way to do that.  But bedpans?  Bandages?  Condoms?

The industry and some politicians are excusing this nonsense away by noting that it could have been worse:

Still, Loper acknowledged, the excise tax on medical devices could have been a whole lot higher. An original proposal advanced by Sen. Max Baucus, D-Mont., planned a 10-year tax bill of $40 billion on medical devices - an initiative that AdvaMed characterized as an “onerous” and punitive “tax on innovation.”

Don’t worry, if the current crowd remains in power, they’ll get around to raising the tax higher as Obamacare goes broke.  I mean, the very idea that the currently imposed taxes are all they will want, is laughable.

This much is sure: The extra expense caused by the tax will be passed through to the consumer—meaning the insurance companies or us—which will raise costs overall, not lower them.  Swell.  As we effectively punish manufacturers for providing needed products, we are really just hurting ourselves.  But this law makes no sense anyway, so why should the medical excise tax be any different?
0
Print
Email
Prev Article
Next Article