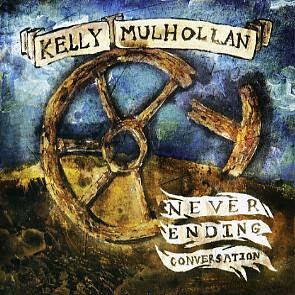 A physician named Dr. Eliezer Van Allen wrote an opinion column in this morning’s San Francisco Chronicle intending to puncture the fear of “death panels” in the context of our political debate over Obamacare—although he is not discussing the plan’s rationing boards, but rather, the end of life counseling controversy, a different matter altogether.  Nobody is against physicians discussing what patients want in specific circumstances.  As Dr. Van Allen notes, that is part of the job description for a primary care physician.  The fear is that in a cost cutting/quality of life milieu, the counseling could become outcome directed, pushing very ill and expensive patients for which to care in a certain direction—already a problem with some advance directive forms.

Ironically, rather than allaying such fears, Dr.Van Allen’s story of counseling a patient he calls “Grace,” unintentionally illustrates the reason why some are so concerned.  From his piece, “Serving On the First ‘Death Panel’” (my emphasis):

After pondering her mortality in silence, Grace made her choice. It turned out that we disagreed on her decision, and I felt compelled to explain my reasoning. She responded with her rationale, I acknowledged her capacity, and we quickly realized we were at an impasse. I did not invoke medical paternalism and demand she change her answer; she did not resort to petty insults and require I agree with her about a choice that she had every right to make for herself.

Grace came to a resolution about her end-of-life plan in the comfort of a quiet clinic room, without the stress and chaos of a true emergency prompting a rushed decision wrought with regret. I was reassured that I was able to provide Grace with the information necessary to make a decision, and Grace’s son was relieved to have talked about a subject that weighed heavily on his mind as Grace’s primary caretaker. Armageddon did not begin, she was not sentenced to death, and our visit ended pleasantly, as they always do with Grace.

Going forward, Grace promised to continue our conversation in the context of her complicated medical conditions, and she did so without the ridiculous fear-mongering and name-calling that infects our political discourse.

I am not castigating Dr. Van Allen in the least.  He seems to be a caring physician who was truly concerned with Grace’s welfare. But one can only analyze the situation based on what he wrote, and his own words indicate that he did not finally accept her answer—even though he acknowledged she made her decision in full capacity and assures that he didn’t “demand” she change her answer (which he had no right to do).

No he didn’t brow beat her.  But note, he intends to bring the matter up again, that is, to keep the “conversation going,” which one suspects, he would have deemed settled had Grace gone along with his views.  And therein lies the potential problem.

This is a nuanced and delicate matter: Patients and doctors should be in continual conversation, particularly as health issues change.  But when does “continuing the conversation” amount to refusing to finally accept the patient’s decision?  Indeed, I hear often from people who believe they or their aged/ill/disabled loved ones are being pressured into refusing treatment—usually not by being brow beaten or yelled at—but from a constant, drip, drip, drip of conversation after conversation after conversation, which only end when the patient agrees to what the doctor or ethics committee want.  In this phenomenon of the never-ending-conversation, people often perceive an attempt to wear them down by sheer exhaustion into acquiescing.

So, was this a “death panel”? No, and frankly, Dr. Van  Allen would have better served his readers by not being so snarky.  Was it inappropriate. No.  But does the story he tells illustrate the rationality of people worrying about pressure by erosion of will?  I think it does.  And that is precisely why this issue often evokes so much emotion.
0
Print
Email
Prev Article
Next Article